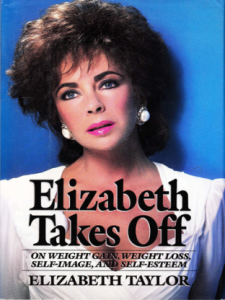 A noted ‘rocker’ of the menopause

You may be under the impression you are reading a knock-off of Miss Taylor’s engrossing, if sadly premature, health-kick memoir Elizabeth Takes Off when I tell you that in 2015 I experienced a few golden months in which I had never felt better in my life. And the reason I felt this way was due to ‘the menopause’, a state that is usually as welcome as a hot cross bun at Glick’s. I felt so very wonderful that I was even seeing fit to state on almost a daily basis that I was — wait for it — ‘rocking the menopause’. Friends would sit, riveted with boredom, as I confided in them that I had reached this milestone, and that I, apparently alone among womankind, felt great. No more cramps that made me feel as though the dwarf from Don’t Look Now had punched me in the abdomen! No more PMS that made me cry just because some guy in Grey’s Anatomy was getting a face transplant! But then it turned out that I wasn’t actually menopausal after all – though, believe me, things in that department are winding down as comprehensively as Rod Stewart during one of his live shows.

Now, before I was having such a terrific time thinking I was menopausal, I had been scared stiff at the idea of being menopausal. This was because, from what I had read, and from what I had witnessed in Robyn Archer cabarets, if you are anyone other than Meryl Streep throwing back your apparently surgically unaltered head in unaffected laughter, menopause is all about being drenched in sweat; needing to blow a lot of dollars on herbal supplements; and having long grey hair, in the manner of Jane Campion. All these things seemed like a massive drag, even aside from the challenge of coming to terms with the fact that it just seems like too damn short a time from when the whole process kicked off to it staggering to a halt. Sure, in one way, 1980 feels like a long time ago, but in another way, it feels like it was about a week ago. As far as I’m concerned, it should always just be the twentieth anniversary of The Beatles having toured Australia; that, I can get my head around. Thirty-five years ago should be when World War Two was taking place.

At any rate, I first heard about the whole business of menstruation back when that patrician old grazier Malcolm Fraser was our prime minister. I recall nothing of the big relevation, but what I do remember is being shown at school a film on the subject of ‘feminine protection’ that  seemed to have been made in the silent era, as (and I pray I’m not imagining this) it starred not only Paula Duncan but Carmen Duncan; unfortunately, though, the only aspect of its content that I can recall is Carmen Duncan having to assume an ungainly position in order to demonstrate how to insert a tampon. So, yes, that was horrible to see, but before the whole menstruation process kicked off, I was sort of looking forward to it. This was due entirely to our school’s outdated literature on the subject, which made reference to having to use ‘belts’ in order to keep sanitary napkins in place.

Unfortunately, however, the exotic garb of belts had long since gone the way of those old-fashioned nurses’ uniforms, with the caps and black tights, as seen on the ‘bit of crumpet’ ladies in Doctor in the House, that have unfortunately been replaced with the kind of unflattering scrubs worn by that compelling drug addict Nurse Jackie. Regarding menstruation equipment, I would learn that, rather than interesting-sounding belts, it was actually stick-down pads, and if you bought the cheap ones they didn’t stick down properly and started flapping around almost immediately, proving, yet again, that you get what you pay for in this life. Furthermore, this was back before convenience stores existed, which meant that if you didn’t have what you needed in the middle of the night, it was like being a member of the Painters and Dockers union and suddenly being called on hide a body when there’s blood everywhere and you don’t have your shovel. Naturally, though, I came to accept menstruation the way I might the existence of someone who insisted on having lunch with me once a month and whose company brought me no pleasure but caused me no serious harm either.

As I got older, I occasionally wondered how I would feel when it was all over. Would I feel bereft, like the character of Camille Scoggin in Champions: A Love Story when she had a hysterectomy (at least, I think it was Camille Scoggin)? Well, no, I haven’t been feeling bereft, given that feeling bereft over this entirely normal state of affairs would be like feeling bereft over losing your baby teeth. Would I feel old? No, I haven’t been feeling especially old but I admit that that’s mainly to do with my life still revolving around watching television, the same way it always has. Would I feel like menstruation had all been all a big waste of time?

Well, that’s the big question, to my mind. Now that my reproduction factory is shutting down without me having reproduced, I will say that it does seem like a lot of physical and emotional discomfort, not to mention expense, to no purpose. If I had all the cash I’d spent on various ever-more-high-tech cotton-and-plastic combos over the past three and a half decades, I’d probably be William Randolph Hearst by now. Too, it’s pretty irritating that men who don’t want to reproduce still produce sperm but get to have a fine old – not to mention inexpensive – time producing that sperm.  I will say that when menstruation finally stops altogether – which, again, is probably any day now – I’ll miss swallowing all those painkillers, and those great days of hindsight when I would realise that it was for a simple physical reason that I’d so recently been crying at the sound of a ringing phone or wanting to shout foul epithets at, say, a cinema usher politely requesting to see my ticket. On the other hand, and even aside from the big issues of the pain, the unpleasant moods and the expenditure involved with menstruation, I will not miss those disposal units you get in offices where you drop the dressing into the little tray and have a suspenseful moment before the lid snaps down, making it like you’re feeding a fussy animal at the zoo.

God knows, I’ve written before about my own experience of finding that the older I got, the less I wanted to have children, in contrast to the popular view that every childless woman over the age of thirty is about to start panicking, unlike Jodie Foster in Panic Room. Furthermore, I don’t feel the need to point out that even though I have no children of my own, I’m a really incredible aunty, given that I’m not an aunty and have no desire to be one. The fact is that I don’t want to pitch in and help out with anyone’s children. I used to work for a woman who owned a tiny business, which meant that she could bring her baby to work, with my colleague and me being expected to help to look after him; I would have minded less about this had it not been so obvious that this was supposed to be a huge treat. The thing is, though, I did not find it a treat to lug a heavy baby around and try to stop him killing himself.

As it happens, I feel for children precisely because I so vividly remember being one and how unpleasant it is to realise that older people don’t want you around, as when you sense your parents’ friends and relations are only feigning interest in your – probably uninteresting, if only due to your circumscribed lifestyle – conversation. I wanted to talk to these people precisely because I was longing to be involved in the exciting grown-up conversation, and now that I am involved in it, I don’t want to to go backwards. So, while I am perfectly happy to talk to children, I wouldn’t particularly care if I never talked to another one. I also don’t like running around after other people or having to get too closely involved in their bullshit beyond gossiping about it, neither of which qualities stands me in fine stead for motherhood.

So, yes, if I could go back in time, I most likely would opt out of the menstruation game, especially given the no-belts disappointment. It would be a great thing if opting out of menstruation were on the level of unticking the box that says you want to receive marketing material. Given that it’s not, menopause is my only option, but if it continues to go all right – and, yes, at any moment it could turn, I know – I’m hoping it will be one of the better things that’s ever happened to me, despite all the doom-y, gloom-y yah-yah one reads. Anyway, it’s hard to imagine it could be more difficult than learning to insert a non-applicator tampon, which, by the way, I’ve never learned to do, despite Carmen Duncan.