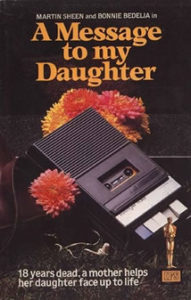 Good luck finding a better visual composition than this!

I suffer from an ongoing fear of being in the wrong cinema whenever I go to a movie by myself (due to people I know having accidentally gone to Sneakers when they meant to go to Howards End, and, strangest of all, not realising their error until Sneakers had been going for something like fifteen minutes). Therefore, imagine how apprehensive I was knowing that Embrace of the Serpent would also be showing when I went to see Embrace, a documentary film by Taryn Brumfitt, founder of the Body Image movement. Never fear, though, as I sat alone, eating my chocolate muffin, I knew I was in the right place as soon as I saw a trailer for the latest adventures of that annoying idiot Bridget Jones.

Embrace is, naturally, a look at how women feel about their bodies, and two things about it made a particular impression on me: it contains so much hugging and positive reinforcement that, in reaction, I started feeling like a male character in a Neil LaBute play; and several of the people featured in it make a huge deal about being mothers and what they bring to the body-image party because of this state of affairs. Now, this made me consider that the really upsetting thing about not being a parent is that there’s no one I can reasonably expect will put up with me telling them how they should live their life (as I’m currently watching Gilmore Girls for the first time, I know that if I were a mother, I’d want to be foxy, wisecracking and thirty-two, just by the way.) I thought how if I had a teenage daughter, I could write a letter to her about body-image-related hoo-hah. But then I thought, Who needs a real daughter for that?

Dear Diamanda (and, yes, we’re all hoping you live up to your first name, believe me)

First, you are lucky enough that there’s nothing you need to be brave about when it comes to your body. You haven’t been dealt a challenging hand; you haven’t had a serious illness or been in an accident and so been made to look different from other people. You are quote-unquote normal looking. To be honest, you’re not unusually good looking. Don’t kid yourself that beauty is in the eye of the beholder; it is, but only to an extent. Yes, there’s room to move on this – for example, I’ve never found the young Mick Jagger remotely attractive and many other people do – but the fact is that there are always going to be stunningly beautiful people. These people are empirically beautiful; it’s not up for debate. They are much more beautiful than you are. The best approach is to appreciate their beauty the way you appreciate that great-looking Abyssinian cat who lives up the street.

Rather than believing you’re beautiful – because, like I say, you’re not – realise it doesn’t matter, given that most human beings aren’t beautiful either. Sure, in one way it would be great if you were beautiful, as it’s possible other people would be nicer to you, but it’s much more likely they’d play weird power games with you. So, please, concentrate on watching my Party of Five box sets and reporting back to me on how the show looks from the point of view of a young person in modern times. That would actually be something useful you could do.

Second, and getting away from your overall appearance to the specifics, if there’s nothing you can or want to do (and usually there won’t be) about whatever physical feature it is that you hate, forget about it. Personally, I don’t like the roll of fat around my stomach, or my varicose veins. I’m not going to pretend either of these features look good because they really don’t. However, I don’t want to be another liposuction fatality; and I can’t afford to have my varicose veins stripped, a procedure I first heard of while watching The Young Doctors, because, let’s face it, it’s highly unlikely you’ll ever be off my hands, given the job market and the cost of real estate. This being the case, I think about other things and I advise you to do so as well. Don’t worry, I don’t mean you have to join the Peace Corps (I’ve never been a hundred per cent sure what that is, but I’m pretty sure John Kennedy Jr was involved with it at some point); I’m talking more along the lines of working out, once and for all, whether Michael Jackson staged his own death.

Third, people who have a stupid amount of cosmetic surgery, as opposed to having plastic surgery for valid reasons, should be laughed at. This isn’t a gender-politics issue. They should be laughed at because paying a lot of money to look like a combination of a half-used bar of soap and that woman guitarist from the Muppet band is a practice that must not be allowed to become the new normal, and mockery is, I believe, the most effective tool in the discouragement kit.

Fourth, you’ll regularly come across people announcing that diets don’t work, like it’s news on the level of revealing that they’re actually Lord Lucan. I admit that when I was a child one of my chief ambitions was one day to get to eat a Limits weight-loss biscuit, but of course diets don’t work, and this is because, first, many of them are demented and; second, they’re supposed to be a temporary measure. Just eat three medium-sized meals a day, whether they’re healthy or not, and not prepared by me, obviously; and walk for, say, half an hour to forty minutes a day, if at all possible. Whatever weight you are if you’re doing that is the weight you should be, end of story.

Food is fuel, it’s not entertainment; trust me, in my youth I did plenty of eating out of boredom, and it just made me feel overstuffed and out of sorts. If you’re trying to avoid boredom, consider the many options on offer from the film and television industry. That said, by all means eat a crazy amount of food sometimes (I for one will never forget the fun I had the night I ate three Quarter Pounders), but if you do it all the time, you’ll put on weight; I don’t have a super-fast metabolism and I’m not seeing any sign of you having one either. If you’re happy to put on weight, that’s fine, and if you’re not, try to do something about it. But, either way, don’t get so fat that you can’t walk; that is not a workable situation.

Fifth, when I myself was a teenage girl, I was what was called ‘solid’, mainly because I ate way more than I needed to in order to stay alive. I then went through a stage of hardly eating anything, exercising a lot and getting leaner than was healthy. For the sake of the historical record, I will tell you all that business finished for me when I had a holiday in England, and spent a lot of time eating tinned rice pudding while watching EastEnders ‘omnibuses’. The single most helpful thing I heard, though, was the result of me seeing a documentary about eating disorders. It wasn’t that the documentary itself was especially helpful, mind you, it was listening to some girls in the audience laughing at one of the women in it when she was talking about obsessively counting the calories in an olive, while wearing what looked like a maternity dress merely because she’d eaten a big, seemingly olive-filled, dinner the night before (see my above point about mockery).

Sixth, if a designer doesn’t want to sell you their clothes because they prefer not to think they’re catering for the likes of you, you don’t need to act like it’s an injustice on the level of not having the vote because you’re a black person in America in 1860. Just don’t buy their stupid clothes, and remember that most clothing designers go into receivership sooner or later.

Seventh, I’d prefer it if you think hard before posing nude on the internet as a statement. I’m not saying this because I’ve done that weird parental thing of getting bent out of shape at the idea you’ll ever in your life do anything remotely connected to sexual intercourse. It just plucks my nerves when people protest society’s obsession with women’s bodies by getting all ‘Well, I love my great big ass!’. I frankly don’t care, any more than I would if they had a tiny little ‘ass’ , or anything else, they were thrilled with. If you must pose nude on the internet at some point, it would be excellent if you tried to combine it with saying or doing something a) original; b) remotely interesting; and/or c) entertaining.

So, Diamanda, if you’re dwelling on body image, it’s my wish you grow out of it, and soon; it’s one thing when you’re a teenager, when it would be strange if you weren’t a dope, but once you grow up, you need to be a woman. I don’t only mean that you should stop thinking too much about what your body looks like, you should stop thinking too much about how you feel about what your body looks like. You don’t have to love your body, because we’ve already established that you’re unlikely to be making money from it, and the fact is that it’ll betray you eventually, given that it’s going to kill you one day. Treat it like a combination of a roller-coaster and a goldfish – get what thrills you can out of it, look after it well enough for it to be able to function, and otherwise forget about it unless it needs medical treatment. And, whatever you do, please don’t listen to songs about loving yourself that are sung by a white woman trying to sound like a black woman.

6 Responses to “A message to my average-looking daughter”