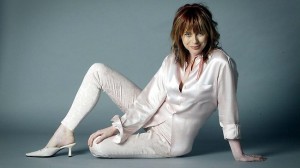 There are two things that, particularly and respectively, have puzzled and annoyed me for quite some time. The first thing, and I admit freely that I am probably just a mutant, is the idea of anyone crying tears over the death of anybody with whom they are not personally acquainted. Yes, I can completely understand feeling bummed out about it, but I’ve never understood actual weeping, as though this death were a personal loss that would really be impingeing on the the practicalities of the weeper’s daily life. The second thing is people writing columns going on about how they themselves have cried real tears over the issues of the day, because, really, who gives a good goddamn? The only point in doing this, as far as I have ever been able to see, is to bring home to the reader the astonishing sensitivity and capacity for human sympathy of the person crying. So, I am sure you can appreciate the degree to which my world is rocked by the fact that I not only cried hard at the conclusion of the Divinyls special on Rage on Saturday morning but that I am seeing fit to share this information.

After Chrissy Amphlett died, I read, and enjoyed, articles that mentioned the particular authors’ first experiences of seeing the lady herself, and the effect it had on them of encountering this highly charismatic, massively talented, theatrical and yet completely authentic performer, posing as a schoolgirl who had apparently repeated Year Twelve a few times. Personally, my clearest early memories of The Divinyls are, first, of ‘Science Fiction’ being played on the summertime edition of Countdown on an evening when I had, strangely enough, been given a puff not of a cigarette but of a cigar, and was terrified that my parents would smell the smoke on me; and, second, that my late father christened the Divinyls ‘The Urinals’, which, sick though I was of hearing his weekly-expressed wish that every musician on Countdown be electrocuted by their own instruments, I did consider to be an example of wit at its finest.

Also, there was the whole issue that, astonishing as it may seem, the songs that are now staples of commercial radio were once actually new songs, and it was standard practice for commercial radio stations actually to play new songs. Nowadays, this state of affairs seems as far away and desirable as Camelot but in the early nineteen eighties, 2SM’s mania for playing new Australian music (or, at least, new Australian music of the more hairy chested kind), over and over and over again, meant that for years I hated songs that I now like, such as anything from East or Circus Animals, or ‘Reckless’ by Australian Crawl. It also meant that while I now adore, say, The Divinyls’ ‘Only Lonely’, for a long time it was merely another song that I used to hear approximately ninety times a day, out of a transistor radio in which the batteries seemed always to be in a state of failure, as a backdrop to my own continuous failures as a pubescent. As well – and I hope, first, that this was only the case at my school; and, second, that it is no longer the case – female musicians were highly suspect, as far as teenage girls were concerned, and were generally condemned as being lesbians, or ‘lemons’ in the parlance of the era. This attitude might have been slightly less bizarre were it not for the fact that so many males in bands in those days practically were women, and that for a violently heterosexual teenage girl to have a crush on, for example, Marilyn was considered to be an entirely right and natural.

While I was, in almost every particular, a moron, I at least did not share this view of female musicians but it did mean that someone like Amphlett did not have the same impact on my peers as did, to name but one example, the namby-pamby Nick Rhodes from Duran Duran.

Nonetheless, as time went on and I was not hearing The Divinyls all the time, I came to feel affection and respect for them, just as I have for several Australian bands who have been around for decades, even some that I used actively to detest. As far as I’m concerned, if you were an Australian teenager in the nineteen eighties, INXS, say, are basically members of your family, whether you love or hate them, just as if they were actual members of your family. Yes, in the nineteen nineties, I belatedly became obsessed with the transcendent Monkey Grip EP but essentially I came to like The Divinyls because they had simply been in my life for so damn long and written good songs, as opposed to being in my life for a long time and writing bad songs, or writing good songs but having the customary mayfly-level longevity of bands.

I should point out that the Rage Divinyls special had its inadvertently funny moments, primarily in the excerpts from an interview with Amphlett and Mark McEntee (a man who, it would appear, was once also a member of Air Supply) on the ABC’s superb old television program Beatbox, in which the pair appear to be stoned, supremely uninterested in participating in the interview, or both. However, I found it difficult to blame them, given the interviewer’s earnest and dogmatic approach, which featured impertinent questions about whether Amphlett felt herself to be exploited. It was massively annoying to see a woman who so clearly was not being exploited having to deny, even if lackadaisically, her own exploitation. So, I was shaking my head at that, and at the memory of that, and matter-of-factly deciding that ‘Sirens’ was underrated but that I had never really liked, and was never going to like, ‘Pleasure and Pain’, but then the programmers, unsurprisingly, concluded the Divinyls special with ‘Good Die Young’. Despite its eighties staples of the arty use of mannequinns, the sight of fire, and even a mannequin that has been set on fire, this clip undid me. This was partly because of its obvious relevance to the reason for the tribute and partly because it is such an unusually gentle-natured song (‘I’m happy just to see you with a friend’) for the Divinyls.

However, this was not all. It made me nostalgic for the Sydney of the early to mid eighties, and for people I knew, to varying degrees, who died back when certain Divinyls singles were first being played on the radio, so that, aside from anything, they have never seen the Internet; it made me think about the people I’ve known who, while I myself am easily capable of having a fit of angry tears if I miss a bus or don’t happen to have a stamp when I need one, have exhibited massive clanking balls in the face of such diseases as breast cancer or multiple sclerosis (and I’ve never known anyone who, like Amphlett, was cursed with both). Most of all, though, I felt sad to be watching someone when she was still only in her mid twenties, with all her extraordinary energy and physical grace, who didn’t know that her body was going to start falling apart much too soon (I am sure that even if you’re ninety, it feels as though your body is falling apart much too soon but hers really did). So, certainly the fact that I was crying about Chrissy Amphlett having died prematurely, and that she had a particuarly hard road healthwise, was basically about me, and my life and my concerns, but I’m starting to concede that it’s obvious this doesn’t mean my bawling away was any the less for Amphlett herself.

13 Responses to “You better know she’s a pistoleer”