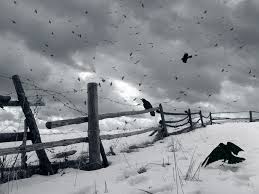 I have just travelled by train with my mother from Sydney to Perth, having last year travelled by train with my mother from Adelaide to Darwin. Suffice to say, this means that I’ve now seen a whole lot of scrub, the viewing of which has been interspersed with much analysis of how Kate Middleton would really look if she didn’t have all that hair, and of whether William is finally ‘over the whole thing’; of whether Ava Gardner loved Frank Sinatra as much as he loved her, and of the time he got Lauren Bacall to deliver a coconut cake to the sultry brunette, who acknowledged the gooey dessert with nothing more than a brusque gesture; and of whether Melanie Griffith was correctly cast in The Bonfire of the Vanities. Too, I needed to disabuse my mother of her impression that the television series Masters of Sex was merely about people ‘filling out questionnaires’. So, yes, I’ve been travelling, but I’m not going to be Bill Bryson-ning it up, in part because I didn’t see fit to write down in a notebook anything about what I saw or did. Rather, it seems, I’ll be going all ‘comedy debate’, as what is really on my mind is the question Are holidays worth it?

Now, don’t get me wrong, the trip itself was excellent – my preoccupation with this issue has nothing to do with that. Yes, the Indian Pacific broke down between Broken Hill and Adelaide, and then again in Adelaide, but that just added a bracing unpredictability to the cheerful round of three-course meals and occasionally remembering to look out the window at very little, not to mention that this complication led to us all speedily receiving a complimentary coffee table book about Broken Hill identity Pro Hart. Also, if you are travelling on the Indian Pacific alone or with fewer than three other people, there is no choice but to be seated with strangers at mealtimes, due to the table configurations. Yes, certainly, this idea initially filled me with angry loathing, but in the end I was not sorry, as these conversations gave me a fascinating insight into parenthood as it is practised in the present day. For example, one retired couple had moved from Sydney to the Blue Mountains, so they could afford a house that would allow their able-bodied thirty-five year-old daughter to have her own suite of rooms. Another retired couple had bought their son his own house, because, even though he is ‘high earning’, he is simply not good with money. And, also on the topic of my fellow passengers, I will treasure always the sight of an elderly traveller, at breaking point, addressing the out-of-earshot figure of an inquisitive friend with the plea ‘Stop asking questions, Jean!’.

Then there was gleaming Perth, with its strangely attractive river seemingly down the end of every street, in comparison with which Melbourne, a notoriously ‘liveable’ city, now seems like a teeming slum. Yes, I did spend at least twenty-four hours preoccupied by thirty dollars having fallen out of my pocket somewhere in the Hay Street Mall, but generally all was paradise. That’s right, it was paradise, I tell you, as was Fremantle, with its tiny statue of Bon Scott (is it supposed to be life size, I wonder?); and Mandurah, with its white sand and blue water; and Rottnest Island, with its even whiter sand and bluer water, plus its socially easy quokkas. In other excellent news for me, I was drawn once again into The Bold and the Beautiful, having found myself compelled by a rambling al fresco conversation between Ridge Forrester and his ex-wife’s sister, Katie, who is also his ex-girlfriend, about his feelings towards the latest, and much younger, lady in his life, who is his dead first wife’s niece. So, as I trust I’ve made clear, a good time was had by all and I was mentally ready to move to Perth tomorrow, even if its city Woolworths does shut at five pm on a Saturday. But, even so, I must ask are holidays worth it?

You see, the trouble with holidays is that while they’re great in the anticipation and, hopefully, in the execution (if you don’t get food poisoning, have your wallet stolen or lose your life), all the above is destroyed by the prospect, and then the actuality, of the awfulness of the day that you have to leave and, while packing, throw out all the old pieces of paper you’ve acquired. It’s these old pieces of paper that cause the most psychological trouble, given that they represent fun times that are now lost forever more: the little free guidebooks with their advertisements for live performances by someone who knew someone who was in The Temptations, and that have usually taken place at least a month before your visit even began; the print-outs of menus listing wines that you will never remember to keep an eye out for at Dan Murphy’s; and the vouchers for attractions that you have missed your, probably only, chance to visit. My mother likes to preserve these pieces of paper, because it makes it her happy to think of the pleasant times she has spent on holiday. Yes, of course, I can recognise that this is a wise approach, but I find instead that these pieces of paper wholly depress me, as does photographic evidence that I’ve been on holiday, as it all just reminds me that I am, in fact, no longer on holiday.

On the morning I was returning home, I sat at Perth Airport, grim as grim can be, even as I was impressed by the sight of a man drinking a beer at ten in the morning. I reflected that he probably felt the need to drink because he, like I, had been through it all before. There’s the sudden passion to purchase, at full price, from the airport newsagents the memoirs of someone in whom you have no interest and, sometimes, of whom you have not even heard. There’s the plane trip itself, with, no matter what seat you had thought you chose for yourself online, discovering that, yes, you are in a window seat but over the wing. There’s leafing through the airline’s magazine, and, halfway through, realising that you had actually read the whole thing on the way over. There’s the prospect of, after a glacial disembarking and reclaiming of luggage, not having the proper change to give the cab driver anything but either an offensively tiny or ridiculously generous tip; and, when you finally get home, having to sort through the post, with its demands for your money and attention, and, worst of all, of going through electronic mail, which I dread to such a degree you’d think I was expecting to be told I’d have to watch The Love Guru again. Then there’s the knowledge that you will, the very next day, when it will, no doubt, be overcast, have to wash your too-long-unwashed clothes; and visit the supermarket, with all the accompanying boredom of putting the shopping away and of having a tin of cat food roll around on the floor as you think, yet again, that you really should wipe out the crisper with a damp sponge.

And to add insult to what is not really an injury, even in circumstances where I would have envisaged I wouldn’t give a piping damn about a holiday being over and done with, I still give that damn. I recall, many years ago, visiting people in Melbourne and feeling lost in envy of an older lady, who, yes, was also returning to Sydney the next day but who didn’t have a job to go to. These days, I’m a freelancer, and so, I too, had no office to which I had to return after my latest holiday, and, come to that, not even any work to which I had to return, but this did not stop me feeling as miserable as ever at the conclusion of my vacation. In another example of this annoying phenomenon, there was the year when, having resigned from a job, I felt smugly convinced I would suffer no pain when the Christmas break was over, because I had a mere two ball-busting weeks at work to come. Nonetheless, as the second week of January marched into view, I felt as keen as ever on marking the end of my hols by shooting myself.

So, is this insane level of misery to do with submerged memories of childhood holidays ending and wanting to cry at those nasty, gloating ‘Back to School’ signs everywhere? Or is it simply that even if it’s only a holiday that is ending, an ending is still an ending and, therefore, and like every other ending, a preview of your own death, and that of everyone you love, our Frequent Flyer points, such as they are, lost to us forever? Except – and that’s the point – that at least if you’re dead, you don’t have to get back to normal life, with all the things you have been putting off until after your holiday. As Cliff Richard sang, with the jauntiness of someone who was only in the situation fictitiously, he was going on holiday and would have ‘no more worries for a week or two’. Actually, he probably would have had a different set of worries, such as having to drive on the wrong side of the road, and the value of the British pound. But, in any case, a week or two a year is not nearly long enough to be in the happy state of avoiding everyday worries, surely?