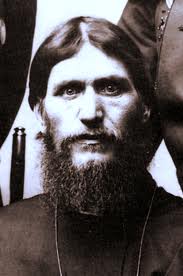 When it hasn’t been your day, week or month …

Recently, I decided to write a piece on the topic of feeling vexed in the face of sanctimonious opinion pieces on the topic of how very terrible social media is because people don’t have real, human friends anymore, which has led to a lack of Wandin-Valley-consider-the-wombat-style ‘community’. I am not even sure why I vowed to write something about ‘social media, what does it all mean blah blah’, given that, first, I find the subject uninteresting in the extreme; and, second, that what I had really wanted to write about was how crazy I am about Cybill Shepherd, despite, or because of, the fact that I have read her memoir, twice, and she sounds like a lunatic. At any rate, I then made my customary mistake of reading the weekend papers, and discovered that Meshel Laurie had beaten me to it, with a Herald-Sun column entitled ‘Digital friends as good as real thing’. As anyone who reads this ‘blog’ would know, ideas are few and far between for me, so this was damned annoying.

However, once I actually read Laurie’s column I found that she was defending social media on the grounds that it allows her to catch up with her real, human, friends when she would not otherwise be able to; and that it has also meant she has formed friendships with people she has never actually met, based on their common interests, and that one day she may actually, meet them in person anyhow, as with the way folk would catch up in a saloon in the olden days. However, while I think that every one of these points is an excellent one, I would like to take things a step further. Yes, I am always the first person to admit that I’m a sociopath, but I believe that a strong argument can be mounted in favour of getting rid of flesh-and-blood friends altogether. The thing is that, contrary to what popular culture would have us believe, the type of friendship in which people actually interact with each other physically is frequently about as durable as a ten-dollar watch. There are countless ways in which a friendship will have the varnish removed, but, at the risk of this column going all Sunday Life, here is a mere handful of them.

Working for a friend: Let’s face it, as soon as a friend is paying you money to perform a task, your relationship becomes so unequal that they may as well just grow mutton chops and start signing their name Josiah Bounderby. As the employee, you will feel, and probably entirely correctly, that they are taking advantage of you in a way that they would not if you were not friends; as the employer, they will feel, and probably entirely correctly, that you are taking advantage of them in a way that you would not if you were not friends. The much-vaunted ideal of friendship is never going to overcome the reality that the nature of the employer-employee relationship has always been, and will always be, that each side is convinced the other is ripping them off.

Ceasing to work with a friend: On the other hand, it is endlessly depressing how you can be excellent friends with a colleague only to discover as soon as you cease working together that you have about as much in common as Sonny and Cher. What should be being praised to the heavens in the context of humans existing in offices is not friendship but, rather, the much-maligned activity of engaging in office politics. I have always found the customary advice to ‘avoid office politics’ to be completely absurd: first, because good fucking luck avoiding them; and, second, because as both an activity and a topic of conversation, office politics are completely awesome. In fact, they are pretty much the only point of working in an office.

A friend moving overseas: When you are Australian and your friends move overseas, there is simply no way in Hell that they are not going to become incredibly irritating. I have written about this ‘issue’ before and I try, if nothing else, not to repeat myself, so please click here.

Setting up a friend romantically: I’ve set up friends in romantic couplings on a few occasions, and it’s certainly true that exerting a Rasputin-like influence over other people’s existences has given me the greatest satisfaction of my life so far. However, in one instance, the set-up ended in divorce, with neither party having spoken to me for years; in another, it led to a bout of what I am forced to classify as stalking.

A friend becoming really successful: The fact is that a person only ever wants their friends to be exactly as successful as they are. If your friends are less successful than you are, they may want to borrow money, and generally resemble Baz Schultz, Kim Gyngell’s character in Heaven Tonight. If they are more successful than you are, you will feel like a sack of grated rat’s balls mixed with green glacé fruit in comparison to them and their glittering attainments. Personally, I can’t recall a single occasion on which I felt unadulterated joy at a friend’s stroke of good fortune; the fact that I’ve never wished a friend ill doesn’t mean I actually wish them any good, unless the day should come that I become the most successful person in the world and don’t want others dragging me down (see Baz Schultz). Yes, it is a shame that the triumphs of a hideous person you don’t know are so much easier to take than the triumphs of a person you know and like but it is, nonetheless, the way of the world.

Disagreements in taste: Friends having tastes that are different from your own makes you want to slaughter them. Yes, you can, and do, disagree with people with whom you engage via social media, but you don’t have to look at their smug faces while they air their mad ideas.

There are, of course, a million more ways than the above that friendships will go to the bad, and I’ve not even touched on what can be unleashed when you want to have sex with your friend’s husband/wife/boyfriend/girlfriend. But, don’t mistake me, in no way am I denying that flesh-and-blood friendships supply an enormous amount of the interest in life; while many may only have the longevity of the ten-dollar watch I mentioned above, at their best they also give momentary pleasure that is massive both in quantity and quality. Who doesn’t enjoy a friend giving them a Partridge Family lunchbox? Who doesn’t enjoy living with friends and thus not having to go to the physical effort of seeing them? Who doesn’t want to take time out with a work pal to examine online the gift registry for Liza Minnelli’s wedding to David Gest? I am merely making the point that it’s an underacknowledged benefit of purely social-media based friendships that they have almost no capacity to disappoint, unless the person in question never bothers to check their Twitter feed and read – and, ideally, retweet, or at least reply to – all your hilarious observations.

I admit that I’m still hoping the day will come when robots will do our housework and we dine on capsules instead of actual food, and that my ideal existence therefore comprises living with Metal Mickey in a multi-function polis. This being the case, and in a gesture of friendship, I encourage you to watch this vintage story about multi-function-polis mania from The 7.30 Report; aside from anything, it is remarkable how long it is.

6 Responses to “You’re having a friend of me”