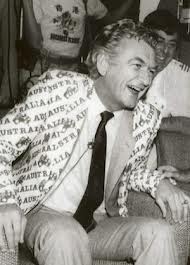 I have voted Labor in every election, state and federal, ever since I enrolled to vote, twenty-seven years ago; however, I am now intending never to vote Labor again, as long as I live. Now, the Labor Party probably does not care, given that I do not live in a marginal seat, and given that, even though I don’t have any money, I am not one of the ‘battlers’ whose adoration they crave. As well, I have no immediate plans to vote for anyone else. Even though I am nearly forty-five, and so at the age that I should finally be embracing the Liberal Party, I still dislike them and their silly ideas. I also dislike the Greens, and spend a lot of time thinking about my continuing quandary that I dislike the natural party of second choice for those who are sick of the ALP almost as much as I dislike the Liberal Party. Aside from the fact that the Greens all seem like the kind of individuals who would save wrapping paper for re-use, there are few things more annoying than people who (bush)walk, or cycle, around sanctimoniously distributing advice on something that they have never had to do, and never will have to do themselves; in this instance, governing the nation.

Anyone who has ever read what I will grandly refer to as ‘my work’ will appreciate that I have not been such a committed Labor voter because I am especially well informed about the big issues of our time; obviously, a lot of people would argue that I have been such a committed Labor voter precisely because I am not especially well informed about the big issues of our time. Yes, I am better informed now than I was when I was a teenager, but how could I not be? By god, I roll my eyes when I read anything about how terrible it is that the youth, because of the lowly level of political debate in Australia in modern times, are not engaged with politics. The fact is that the youth are, by long tradition, totally self-absorbed, and so are never going to be engaged with anything they cannot recognise as being directly to do with their lives as they live them, with the exception of those freaks who are named Young Australian of the Year.

When I was a teen, my chief interest was contemplating what my existence was going to be like when I was a celebrity of international renown. I knew who the prime minister was (and for most of my formative years it was Bob Hawke, who may be a silly bastard in a lot of ways but, you have to admit, is rarely boring) but that would have been as far as my knowledge of current affairs went. I didn’t come from a traditional Labor-voting family either; my father refused ever to reveal who he voted for; and my mother is, to my disgust, a proudly ‘swinging’ voter. The only concrete reason I can produce for my attachment to the ALP is that, a very long time ago, I held various low-level casual jobs in which I felt exploited, and that I had a vague idea that my exploiters were more likely to be affiliated with the Liberal Party than with Labor. I even became a card-carrying member of the ALP at one point, having joined at around the time that Paul Keating unexpectedly defeated John Hewson, but I eventually quit, over some matter of principle that I am now unable to recall. But, in any case, no one could have described me as an active member; in fact, I hated it when people from the party rang me up and wanted me to do things for them, and eventually I just stopped answering the phone altogether to get away from them.

Given all of the above, I realise that the deeply personal nature of my feelings towards the ALP and the Liberal Party —  that I have always taken their respective victories and defeats as well and as hard as other people take those of  football teams — does not make immediate sense. However, mysterious though the root of these feelings may be, the feelings themselves have invariably been powerful. For example, and speaking of football, on one of the handful of times that I actually bestirred myself to hand out how-to-votes for the ALP, I recall that a man with whom I was performing this task discovered that he had a spare ticket to a match, and happily trotted off to offer it to a man who was handing out how-to-votes for the Liberal Party. I simply could not believe what I was seeing!  To my mind, it was as if a Rebel soldier had left his place on the field of battle to give a Yankee an invitation to a lovely ball at a gracious antebellum mansion. (I must admit, though, that, despite my emotions towards the Liberal Party, I have always had a soft spot for Andrew Peacock, with his hot-chocolate-smooth voice and dilettante-ish air, and the way that, in campaign television advertising, he looked to be trying hard, via the use of hand gestures, to appear as if he gave any kind of damn when being filmed conversing with the common man.)

Now, it is certainly the case that I did not agree with various policies that the ALP was, for want of a better word, boasting, under the leadership of Julia Gillard, but I doubt it’s possible to agree with a party’s every policy, unless you are a person who knows even less than I do, and it is her overthrow that has made me decide never to vote Labor again. And it is not because she was ‘Australia’s first female prime minister’; I’ve always found the concept that women will vote for other women merely because they are women to be idiotic in the extreme, although I will admit that I regret the loss of the unusualness of our nation having a leader who displayed unabashed atheism (she could have just pretended to be agnostic, or nominally Protestant, which would have made her life a lot easier); unweddedness (she could have just got married, which would have made her life a lot easier); and childlessness (she could have pretended that she’d desperately wanted to have children and been thwarted, which would have made her life a lot easier). No, it is almost entirely because —  in contrast, it would appear, to almost everyone in Australia—  I like her personally. In this country, the appeal of leaders is, of course, primarily based around the unscientic premise of whether they make you feel as though you would want to have a beer with them, and I would like to have a beer with Gillard. And one of the chief reasons I like her is her composed demeanour. When I see the word ‘inspiring’ I feel a big old yawn coming on, because I know it will pretty much always refer to a sportswoman, or to someone engaging in other completely worthless activities, such as mountaineering or sailing single-handedly around the world. However, I did, and still do, find Gillard inspiring, due to the way that she continued to get up in the morning and go about her day in the face of headlines that would make most people go and sit on a roof and try to freeze to death, in the manner of Demi Moore in St Elmo’s Fire. I’ve always fretted that I was being sexist in admiring Gillard for always staying so calm, thinking it was not something that would struck me so much in the case of a male politician, but I have since realised that I can’t think of any politician, male or female, who has stayed quite so serene in the face of a bad situation.

Essentially, Gillard strikes me as someone who if she were your boss wouldn’t try to make you feel worse than you already did if you screwed up massively on the job, while Rudd seems like someone who would carry on about your error until the end of time, as well as expect you to fawn all over his up-themselves family. While the ALP’s overthrow of Rudd was, in retrospect, extremely unwise, I respected the way the  majority of his colleagues were ready to do something that was potentially politically unwise just because they hated him so much. Admittedly, they seem to have convinced themselves that their action was politically wise but I never felt that political wisdom was really the main game. Rather, they demonstrated the beating bloody heart of anyone who hates their boss, and fantasises about doing something reckless to escape him or her, but they actually did it. Then, however, the majority of them decided to backstab a person who had, first, not backstabbed any of them except for a prize backstabber whom most of them couldn’t — and, no doubt, still can’t – stand; and, second, had made a better fist of being prime minister (when there have rarely, if ever, been less felicitous circumstances in which to be the prime minister) than, I would wager, any of the rest of that rotten crowd could have.

I become very annoyed when people say they don’t care about politics because politicians are all the same and there is no difference between the major parties, as if this were an incisive observation when, really, it is just a lazy and fatuous thing to say. Even the most cursory look at Australian political history demonstrates that once the major parties are in government, they are not the same at all, not really. If Labor is re-elected, the government will be different from a Liberal government, just as Labor governments have always been different from Liberal governments. So, of course it matters as much as it ever has whether Labor win the next election but, speaking personally, they have finally managed to get me to break up with them. And, highly unlikely though it may be that this matters to them, it matters a great deal to me.