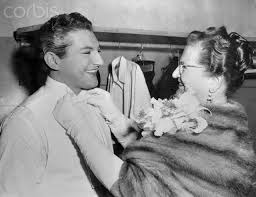 Myself as a mother

I was helping my mother move house when, out of the clear blue sky, she pulled from the cupboard a most attractive christening robe that has been in the family for decades. As she does not have any grandchildren, we are not sure what to do with it, though my feeling is that we should give it to some tiny, flashy celebrity, like Kylie Minogue, who could wear it in honour of the twenty-fifth anniversary of her mystifyingly long career. Now, I have written before about having children and the difference that doing so makes to a person’s life, and why I’ve not found persuasive the usual reasons that are presented for having them. However, having just viewed that christening robe, which is the only item of my offspring’s clothing I shall ever see, I have been ruminating on the things about becoming a parent that have actually appealed to me. (By the way, all of it culminates in harsh words on the topic of in-vitro fertilisation, so please don’t read right to the end of this piece if you’ve recently found yourself moved to tears by Mary Coustas when she is not in the guise of the character of ‘Effie’.)

For me, the foremost reason to have children, even when I was one myself, was to produce an infant who grows into a greatly loved and, most of all, financially solvent celebrity; preferably, this would be a human whom I had given up for adoption and so played no part in raising and, thus, I could only alienate by my absence, rather than my presence. I do so envy men their physical capacity to have produced progeny without even realising it, and therefore live life with the potential that a megastar will turn up on their doorstep and eventually express willingness to fund their retirement. And even if I had had to raise this future celebrity with my own hands, I would have done it if I could have been guaranteed that my efforts would mean I were able to attend awards ceremonies (the big international ones, though; not just the Logies), and be creepily flirtatious, with my heavily wrinkled hands dripping in jewels, and my stiff hair in its weekly wash and set.

Second, handing over money in exchange for objects makes me feel powerful, and I’ve heard prospective parents speak of their anticipation at buying the little outfits that babies and children wear. The trouble is, though, that, having bought clothes for other people’s children, I’ve found that the crazy sizing, with its overtones of the phone number you call in an emergency, makes me want to whimper like Chris Kenny when presented with a humorous work of collage. Too, if I can’t see myself wearing an item for at least the next fifteen years, it’s difficult for me to commit to buying it, so just imagine how unlikely I am to feel in the mood to buy clothing that can be only be worn for a few months. Plus, I’m a hoarder, as is indicated by my impressive collection of birthday cards from people who no longer speak to me, so I just know I’d end up with tiny shoes raining down upon my head whenever I opened a cupboard door, and that this would probably result in a brain injury.

When I was myself an infant, what I liked to do was play dress-ups and watch television, meaning that, except for the dress-ups, it’s been business as usual since 1973. When I imagined having a girl child myself, I liked the idea of her dressing up in my clothes, just as I dressed up in my mother’s. The difference is, though, that I was dressing up in dazzling frocks from the nineteen fifties, not to mention reaping the benefits of an era when St Vincent de Paul was a bonanza of nineteen sixties cocktail dresses that cost one dollar if the skirt was long and fifty cents if the skirt was short. In fact, I was dressing a million times better at five years old, tripping around in blue satin or red chiffon, than I do now. However, I somehow doubt that my mid-nineties nylon mustard suit, stretched out of shape and dank with nervous sweat, or my enormous ‘LA Lakers’ t-shirt (yes, I, too, have no idea why I was wearing such an object) would be embraced for dress-ups. Anyway, I realise that today’s children’s clothes are, as opposed to the loon pants of yore, so stylish that small girls have no need to dress up in their mother’s filthy old rags of Miss Shop provenance. Recently, I walked past a children’s boutique and the minute dummies were dressed in, inter alia, tiny fringed suede boots, a camouflage jacket with fake fur trim, a silver evening purse and a T-shirt saying ‘Bon Yoyage’ (now, aside from good sense, exactly who is this three-year-old bon voyaging?).

One thing I would have relished about parenthood, though, is to have conducted experiments on a child to see whether, in this dissolute age, she enjoyed Enid Blyton books set in English boarding schools: namely, the doings of the St Clare’s or Malory Towers girls, or the trangressions of the Naughtiest Girl in the School (though, as I only had one of the volumes, in which the action began after the Naughtiest Girl had mended her ways, I still don’t know exactly what form her insubordination took, but I’m willing to bet it wasn’t that she had an affair with the school-bus driver, like one young miss I knew). Even though I was living in Australia in the nineteen seventies, and I loathed and despised both sport and school, I simply could not get enough of reading about these supremely healthy girls, who, with the exception of the weirdos who came from Europe or who had previously belonged to a circus, willingly did their ‘lessons’ and participated in ‘games’, after which, being ‘as hungry as hunters’, they tucked into stew, the kind of plain fare that I, a cosmopolitan lover of spaghetti bolognaise, detested.

All the other things that people who want to have children yack on about, such as the concept that we are all here to procreate and if you haven’t, you’re a failure, mean nothing to me, because I can never get past the idea that we’re all going to be dead one day anyhow, so who cares? Having said that, I do understand that for many individuals, the urge to reproduce is an overwhelming one that cannot even really be expained in words, and if you have this urge and are able to have children, I not only wish you all the very best, but hope sincerely that you will be able to revel in some, or even all, of the great times that I have outlined above. In contrast, however, people undergoing IVF cause me to feel a whole heap of aggravation. As I’m not – officially, at any rate – a psychopath, I do automatically feel something for anyone experiencing mental or physical pain, but in the case of those who are submitting themselves to IVF, I feel this emotion in the same way that I do if when I hear about someone who is having a bad time while voluntarily swimming a large body of water. That is, hearing of their suffering will touch a nerve somewhere within me, but essentially they pluck my nerves like the strings of a banjo: While I’m, naturally, sorry to hear about your cramps and nausea, I suggest that if you don’t want to have them, you don’t cross the English Channel. You know, you really should have a good hard think about why, putting raging egomania to one side, it matters so damn much that you cross the English Channel. If the only way that a person is able to have children is through the pain and expense of IVF, they need to consider acting like a grown-up and accepting that, like everyone else who has ever walked the earth, except for the members of Duran Duran in the early nineteen eighties, they simply may not be able to have everything they think they want out of life.

Having IVF is like being too tall to be a great ballet dancer and undertaking surgery to have three inches lopped off the top of your head in the faint hope you will then be able to become a great ballet dancer, when what you should really have done is open a dancing school. If a person thinks that having children is the only thing that will give their life real meaning, their problem isn’t rooted in their fertility problems, their problem is rooted in what they are doing with their life. If you want something that you cannot have, put the energy that you would have put into whatever it is into something else; there are all kinds of living things – whether human or not, and whether they are related to you or not – not to mention flora, and even ideas, that would welcome your care. After all, if humanity really is still at the stage that perpetuation of itself is the one compelling reason we are all here, our species may as well get on with becoming extinct. But for anyone who is having a child and likes a bit of ceremony, I do have a lovely christening robe. I only specify that it must be kept in one piece, not taken apart and reassembled into something monstrous, in the manner of Annie Potts’s prom dress in Pretty in Pink; now, that’s what I call a tragedy.