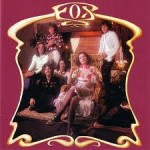 Noosha Fox was really the business.

As I chowed down on my dinner, reading the restaurant’s copy of the Herald Sun because I was too lazy and cheap to purchase my own, my eye caught on an example of the kind of pointless list that editors seemingly green-light when the cupboard of inspiration is bare. In this instance, it was the Herald Sun ’s ‘Weekend’ section sharing its views on ‘50 women with the right stuff’: that is, females who ‘inspire’ us. Given that International Women’s Day isn’t till March, the cupboard must have been so bare that it was hardly worthy of being called a cupboard. Normally, any feature like this inspires me only to turn the page, given that I cannot see the purpose of the exercise. Quite simply, I find it hard to imagine that reading such an inventory is going to inspire a hard-core misogynist to change his or her way of thinking. And, as one who is not a misogynist, the principal thing that would increase my respect for women as a sex, if it needed to be increased, which it doesn’t, would be if they would only stop writing books with names like The Particular Sadness of Lemon Cake.

Certainly, one of the most life-force-killing aspects of these kinds of pieces is their predictability. I would cheerfully have wagered my every humble possession on the likelihood that Cate Blanchett would be in there, not to mention Quentin Bryce, Maggie Tabberer (applauded for championing ‘real bodies rather than waif-thin women’, with the noisome implication that any woman who just happens to be lean is some kind of hologram), Margaret Fulton and Ita Buttrose. Now, on the whole, I’ve no special beef with these ladies, but their appearance in features like this is as inevitable as ‘Ask Sam’ posing the question of whether a relationship can survive infidelity, or a summertime arts and leisure section feature satisfying the ravening curiosity that exists in society as to what local identities such as Nikki Gemmell will be reading over their Christmas hols.

Putting the question of predictability to one side, though, I am happy to acknowledge that there are many broads on this list who are the furthest thing from being duds: to give just one example, I like Mia Wasikowska too, you know. Not giving a tinker’s damn about sport, or about those practise it, I personally would have liked there to be fewer athletes but I do realise that this is just a result of my own madcap views. Also, I am against the inclusion of Jessica Watson, on the basis that I really don’t feel we want to inspire any more people to engage in the singularly futile pursuit of sailing solo around the world. What’s so wrong with travelling in an aeroplane? I’ve never in my life understood the benefit of such stunts, beyond the likelihood that they will secure the person herself a book deal and, no doubt, lucrative sponsorship agreements. Too, I was a little concerned at seeing Carrie Bickmore getting the nod, as I fear her appearance on the list might inspire others not to become an actual television journalist, given that there aren’t any on there. Lastly, I wish to note the vile pattern of there being only one author and three celebrity chefs, which, I imagine, will inspire bookshops to go further in their horrible new practice of expanding their cookbook sections and shrinking all their other ones.

However, even I can recognise that all the people mentioned directly, or alluded to, above have, at the very least, a skill set; the inclusions that almost made me lose my appetite were not these. No, to start with, I really hated seeing Princess Mary’s name, because she is, in my opinion,  second only to Kate Middleton in being The Least Interesting Woman in the World, and misses out on being the winner of this title only because she happens to come from Tasmania and used to be a real estate agent. Yes, presumably Donaldson has inspired people to patronise Sydney’s Slip Inn and to bend themselves like a pretzel to fit in with their inlaws, but I am at a loss as to what other form this inspiration could take. I could not stop myself uttering an ejaculation when I saw Sarah Murdoch, the Herald Sun proprietor’s daughter-in-law, on this list, in which it is noted: ‘Murdoch’s grace and generosity with her time have been compared with that of her husband’s much-admired grandmother, the great philanthropist Dame Elisabeth Murdoch’. Murdoch the Younger makes the list for her charity work, rather than for her name-reading-out ability, but when it comes to the super rich, my view is always that being a bit less keen on tax evasion would be the most charitable act they could commit. Still, I suppose Murdoch could certainly inspire others to marry a massively wealthy man whose family gets itself into a massive pickle over phone hacking. Jeanne Pratt is also on the list, not just for philanthropy, but, nuttily enough, for standing by her husband ‘throughout much-publicised infidelity’. All right then, I guess this could inspire women to put up with any terrible old shite in order to hang onto a spouse who has piles of dough.

Of course, I was irritated to see that these people’s fertility is seen somehow to be relevant in this apportioning of the gongs: for instance, Beyonce ‘recently welcomed daughter Blue Ivy to the world’.  However, it’s essentially pointless to get worked up about this, given that it’s as inevitable as U2 releasing an album that I will have no desire to purchase. The unexpected horror that lurked on the list was that some of these females were on it, at least in part, because they regret not having had children, or might have children one day. While it certainly added interest to find good old ex-coke fiend Stevie Nicks is in there, ostensibly because she visits US war veterans, it’s vomit-basin-producing to see that it was thought to be worth noting that ‘she regrets using drugs that possibly robbed her of the chance to be a mother’ but now feels ‘akin to a soldier’s mother’. On the upside, Nicks can, at least, inspire others to embark on over-priced concert tours and request massive, greedy riders (finally, someone who can inspire me!).  Brynne Edelsten makes the list, partly because ‘this year, she might even hear the pitter-patter of tiny feet with her hubby, who is four decades her senior’. This example would, I suppose, inspire others to mate with an elderly man who’s done time.

Now, it gave me pause that one of the writers of ‘Great Inspirations’ is Wendy Tuohy, because I’d read a column of hers that appeared on the page before it. While discussing an alleged ‘push coming from overseas, but no doubt only seconds away from landing here [Query: really?], for mothers in the West to gender-prioritise girls!’, she addresses at length her good fortune in being the mother of boys. Tuohy, herself – a proud ex-tomboy – had, not unlike Henry VIII, desired to be the mother of sons, until she had a girl and discovered that, unlike, presumably, the finger-stomping miss in The Bad Seed, she was ‘just as robust, rational and action-oriented as any bouncy boy’.  I, for one, was relieved to hear that girls can apparently measure up to their brothers and their manly ways, indicating that we can now be reasonably confident that exposure on a hillside will not be necessary.

The day after reading ‘Great Inspirations’, I went to see the film Young Adult, the heroine of which, Mavis Gary, a self-absorbed, insensitive writer of fiction for teenagers, is commonly talked of as though she has a character as unpleasant as Stalin’s. However, you have to say for Mavis that she is at least keeping herself financially, through means of having an actual talent, unlike some other people. Plus, it is hard to imagine that anyone that good looking had no alternative but to write books. If Mavis had only cleaned her apartment occasionally and been nicer to her little dog, I’d happily have reached through the screen to hand her a bouquet in recognition of her achievements.

6 Responses to “The Right Stuff and Nonsense”