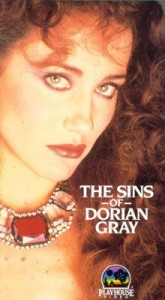 As far as I can tell, there is growing ill-feeling in this modern world of ours towards the concept of what is known as ‘modelling’ and any exponent of it who cannot be classified as ‘plus sized’. To wit, in recent times, various individuals have been losing their marbles over the reinstatement of the Dolly magazine modelling competition; there has been a ballyhoo over models appearing in the closing ceremony of the Olympic Games that equalled the level of heat in the all-too-infrequent comment about what a truly disgusting waste of money the games were from beginning to end, especially when expended by a nation that, except for brief intervals centred around pop music, has pretty much been having a septic time of it ever since World War II finished; there was an article by Jessica Rowe in Fairfax’s Sunday Life that concerned her time in the modelling ‘trenches’ and seemed to be intended as a terrifying warning; and, in the Herald Sun, Susie O’Brien has been offering, among the customary hateful talk of role models, the startling revelation that ‘when you are a fashion model, it’s really just about the face and the bod[!] at the end of the day’. I gather, too, that last night’s Can of Worms was applying a can opener to the topic, although I did not see this program, because, for a wonder, I was out. So, it has been Hysteria City, even though, for most teenage girls, wanting to be a model is the equivalent of a smaller girl wanting to be a My Little Pony – namely, a wish as inevitable as it is unrealisable and, in consequence, fleeting.

Many of the common-or-garden objections to this particular line of work are to the fore in Rowe’s piece. Namely, she asks why, rather than having the evil Dolly modelling competition, does society ‘not search for the brightest and best with a paintbrush, in the science lab or the pool, on the athletics track or the stage’? Well, this is, no doubt, because any old high school does actually offer a means of competition in these areas. Furthermore, this wish assumes a level of talent and commitment among the youthful population at large that I strongly doubt actually exists, given that most teenage girls, just like most teenage boys, are total idiots. When I was a teenage girl, a glance inside my head would have revealed a chocolate-Yogo-like sworl of: what some boy I had once seen on the school bus was ‘really like’; what Simon Le Bon was ‘really like’; the ways in which anyone Le Bon was dating ‘looked like a bitch and wasn’t even that pretty’, though she seemed like she really ‘loved herself’; the likelihood that Le Bon had, while in concert, noticed me from the stage of the Hordern Pavilion; anxiety that the day’s music video on Simon Townsend’s Wonder World would be an offering from The Moody Blues; and the question of whether the pittedness of Michael Hutchence’s visage made him less of a spunk or, controversially, even more of a spunk. Given the above, I would hazard that, except for having way hipper concerns, most teenage girls today are in this mould. This being the case, the Dolly modelling competition is right up the alley of the average one, and I don’t believe that there’s anything that can, or even should, be done about that, given that you may as well plead with the tide not to come in. I would be willing to bet a considerable sum that the girls reading about, and entering, the Dolly modelling competition would not be spending quality time with a test tube, or a paintbrush, if only they were not posing for snapshots of themselves, and/or wolfing down information about the entrants and handing down judgment as to which of them is, or is not, a ‘dog’.

Further to this what-would-she-be-doing-instead question, and to take just one example of an actual model, and one who was, indeed, a victor in the Dolly magazine modelling competition back in the day, from all that I have read about and seen of Miranda Kerr (and, yes, I may well be underestimating her), it is not my impression that modelling’s gain has been, let us say, the bench of the High Court of Australia’s loss. However, she is, at least, one of those who has benefitted by the fact that modelling is one of few occupations in which females are better paid, and are at more of an advantage, than are males. Naturally, that this should be so is a whole other can of Slime with Worms-style hideous worms but until the happy day comes that it is not the case, I cannot see what is to be gained by the tiny proportion of young woman who look really fine in lingerie not being handsomely paid for looking really fine in lingerie, despite Susie O’Brien imparting to Kerr that she won’t be someone O’Brien sees as a role model for her daughter ‘until she finds a new job’. (And, yes, I too am certain that the devastating prospect of not being a role model for Susie O’Brien’s daughter will send Kerr gambolling off to work at the Pick’n’Mix.) Essentially, and just as is the case wth many men, many women aren’t particularly intelligent and, while I’m certainly not saying that all models are unintelligent, if it is the case that you should be unintelligent but can earn handsome sums because you have the right stuff (including the rare ability not to be feel, and look, like a Mother Goose level of goose when appearing in front of a camera) to be a model, you are extremely fortunate.

Yes, when it comes to modelling’s ‘dark side’, there is, first, the overburdened old warhouse of ‘body image issues’ mustering a weary neigh. For a little while now, I’ve been wondering if it’s less that females are derailed by body image issues than they are derailed by spending so much time reading endless writings about body image issues, and I have expressed before my belief that the best weapon against, for example, anorexia nervosa is to make fun of what a truly stupid disorder it is, rather than mythologise it so as to give self-dramatising teens a guarantee of being the centre of attention at school and at home, not to mention having something to write about in their diaries day after day. Anyway, girls are also likely to butt heads with ‘body image issues’ in an activity such as gymnastics, which is a sport, and sport is something that we are all supposed to consider a giant hankerchief capable of sopping up the ills of the world. As well, females are likely to fall prey to body image issues, in, say, the classy artform of ballet, another traditional female fantasy career, in which people not only see the scrapheap beckoning by the time they’re thirty but have destroyed their own feet in the meantime.

Then there is the oft-stated concern that entry into the modelling industry causes youngsters to be surrounded by massive sleazebags. In her article, Jessica Rowe declaims that modelling can ‘chew up your sense of self-worth, warp your priorities and bring you into close contact with vile people who want to feed off the beauty and innocence of young women’. I don’t doubt this at all – I’ve seen the fellow who runs Victoria’s Secret and he looks like Caligula. Unfortunately, however, men who are spiritual brothers to the big-hatted pimps in Dawn: Portrait of a Teenage Runaway are not exactly confined to the modelling world and its related industries. And, in terms of the psychological effect of modelling, it’s the same deal as with any child star who ends up getting arrested and/or swigging down ‘dangerous cocktails’ of alcohol and drugs – was, for example, Gia Carangi likely to have been in awesome mental shape, even if she hadn’t become a model? At least through her chosen career, she ended up being the subject of a hardback book, and being portrayed in a motion picture by fellow attractive loon Angelina Jolie, as opposed just to dying from AIDS in total obscurity.

Now, to get back to Jessica Rowe’s scribblings, ultimately, and in an anticlimax worthy of the ending of John Sayles’s Limbo, she concludes that her ‘year of flogging camping equipment and daggy clothes was fun. I grew up, was a little naughty, and understood that my time was very fleeting in this warped modelling world’. Now, all this terrific news is even beside the fact that, while the more uncomely of us were having phones slammed down on us as we laboured in call centres, or, as I once did, manning a Selectapet information booth at the Home Show at Darling Harbour, while little children had tantrums because they craved ownership of attack dogs and stomped hot chips into the carpet, Rowe was making piles of the folding. She returned home after a year of travelling, completed her higher education (assisted by her modelling fund, mind you) and all was dandy. Furthermore, she, of course, ultimately became a newsreader and I must say it has been a revelation to me that this is, apparently, an occupation for which looks are in no way taken into account, and that there are no sleazebags working in television.

The level of fear and loathing about models and modelling-related activity reminds me of the nutty fear of ‘white slavers’ from the days of yore; also, it’s highly annoying that it’s so often to be found in media outlets that would either have empty pages or need to go offline if they weren’t able to publish advertisements featuring models, stories about models, or stories about how terrible it is that ‘real’ women are forced to look at models. With all the carry-on, it is as if the fact that models exist is a threat equivalent to the arrival of those darn martians in The War of the Worlds. And to all the mothers panicking that their little girls might want to be models, the simple fact is that it’s highly unlikely that they’ll be able to if they’re not in the minuscule proportion of the female population who are both raving beauties and taller than the average man, so, truly, you can stop all the worrying. It’s a million times more likely that your daughter will be able to gain entry to university than gain entry to the catwalks of Milan, given it seems that, as long as they have enough dough, the only barrier to university entry these days is the applicant being, say, a cat or a dog.

Anyway, considering the rise of computers and the terrible magic that we hear, endlessly, of them weaving through the medium of Photoshop, I daily expect that models will become obsolete. However, as I don’t labour under the impression either that all females are so gormless that they will permit the existence of models to destroy their lives, or that all females are such geniuses that any path for them other than one strewn with book learning is a massive loss for them and for the world at large, I’m not exactly waiting with desperation for this day to arrive.

*The Sins of Dorian Gray is a totally rocking, if strangely embalmed, 1983 update of The Picture of Dorian Gray, about a young lady (Belinda Bauer) who becomes the face of a cosmetics firm run by a Mr Henry Lord (Anthony Perkins!) and pays a terrible price for staying forever young and comely. Here is Part 1 – I defy you not to be gagging for more!