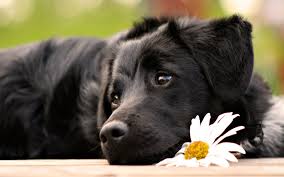 This month saw the rather baldly named Mental Health Week come and go but, to my mind, it did not seem strikingly different from any other week, given that many individuals these days are not exactly backward in coming forward in talking about the state of their minds. The common wisdom is that there is a stigma associated with having mental health issues, but it seems to me that, well, there is and there isn’t. So, whatever else, Mental Health Week has, aside from – and I hope not briefly, resurrecting the notion of live variety television in this country – made me consider the whole notion of this stigma, not to mention the many infuriating obstacles there are in the way of perfect human happiness.

Increasingly, it is my impression that anyone of any note is suffering, or has suffered, depression, anxiety, or an unpleasant cocktail of both, and there is an argument to be made that these illnesses are becoming the hallmark of being a sensitive, intelligent overachiever. I seem to read at least an article per day, whether it is Mental Health Week or no, about someone’s struggle with depression and/or anxiety, not to mention that many people appear to find solace in, and, quite likely, give solace by, reporting on social media about their state of mind. Now, I would agree unreservedly that there is still a stigma associated with being, say, manic depressive or schizophrenic – namely, having a mental illness that can make you appear really nutty in the good old-fashioned way. In short, I am sorry to say that the world at large is as afraid of the first Mrs Rochester as it ever was. However, whatever type of mental illness we are talking about, I cannot see that a stigma has ever applied to anybody who suffers from one and is a practitioner of the arts, as those people have always had, and always will have, a permanent leave pass to be as crazy as loons. It is a different matter if you have a quote unquote ‘normal job’, however, and, in terms of any stigma ever going away, I am also sorry to say it’s difficult to imagine the day will come that employers will genuinely have absolutely no problem whatsoever with the notion of an employee having a mental illness, even a less flamboyant one such as depression or anxiety, given that employers, like everyone else, will always prefer to take the easier option over the more difficult option. On the other hand, given the way things are going, the time is probably coming when everybody will have a mental illness, so at least we will all be taking the same stormy boat ride.

The thing is, though, that what I really hate about being a human is that even if you’re not technically depressive, which I am not, except for about one week every year, which means that, by definition, I am not technically depressive, you are probably feeling filled with ennui a fair amount of the time. I often wonder what it must be like to live life without feeling that everything is just so much goddamned trouble. You name it, the thought of it exhausts me. And I cannot recall a time when I felt any different, even when I was about five. Yes, I thoroughly enjoyed visiting shopping malls by night, as well as eating toasted cheese sandwiches out of a machine that could be found only at the Sydney Building Information Centre, but the rest of the time I was really up against it, what with being forced to learn how to read and never having my name read out when the lady on Romper Room looked into the magic mirror. Some of us commented fearfully at the prospect of the nearly-three-hour running time of Richard Linklater’s Boyhood, but just imagine how great it would be if extreme youth could be condensed into a mere three hours, rather than it taking twenty years. Furthermore, those eternal whingey whiners, parents, would save a whole heap of cash, not least on those vulgar stretch limos you see delivering teenagers to school formals in order for them to have sex for the first time.

So, the obstacle that we all face, no matter how essentially fortunate we may be, is that there are so many roots strangling human happiness. For example, the whole notion that if you start something you should stick with it sticks in my bilious craw. Who wants to start anything, whether friendships or evening classes, in the knowledge that if you don’t stick it out, you are clearly a snivelling weakling? Then there is the question of why must it be that it’s apparently impossible to feel as good about good things happening as you feel bad about bad things happening? To give a strikingly pedestrian example, I have felt a million times worse about losing a Myki with ten dollars on it than I have ever felt good about getting a pay rise, and my pay rises would have been of at least equivalent value.

Then there is the problem that almost nothing you expect is going to be really good turns out to be as good as you had thought it will be. For example, my ambition at any given moment is to be lying on a couch with a blanket over me and reading a book about either Madonna or the ill-fated union between Michael Hutchence and Paula Yates. However, even when I am actually in a position to do this, it is never quite as enjoyable as it is in my imaginings. First, when reading on the couch I always seem to be suffering from some minor, un-sympathy-attracting, yet uncomfortable, medical problem, such as temporomandibular joint disorder; second, there’s a mirror behind the couch into which I need only glance to see that I get an astonishingly ugly look on my face while I am reading, dashing my fantasy that I wear an attractive expression of intellectual curiosity and perceptiveness, with a dash of humour.

And then just consider what can happen if you actually achieve your big dreams. For example, let us imagine the very ‘blog’ you are reading now becoming massively successful because the people of Australia suddenly want nothing more than to read a detailed comparison of all three A Star is Born films. Yes, it all sounds great in theory, but if I achieved fame and fortune, there would be public speaking, the prospect of which would make me want to chuck into a bucket with fear, and I would have to write in a far more disciplined way than I currently see fit to do. So, success is all very well, but the real pleasure lies in being asked to do something, rather than actually having to do it; what a person should really aspire to is, for example, being asked to compose an article for a publication that conveniently goes out of business the next day.

And, speaking of shutting up shop, I would also like to know is why it is impossible to be equally as happy that a given person is alive as you feel sad when they are dead? When they’re dead, they take up so much of your time, even after the funeral arranging and other administration is over with. Even if you barely knew them and so did not have any admin, they will still take up way more of your time than they would have if they were alive, because of all the time you will spend thinking that you can’t believe they’re dead.

Now, let me be clear that I don’t like being such a downer and would much prefer to be cheerful and enthusiastic, especially considering that things are probably about as good for me as they are ever going to get, as I am past the struggles of youth but not yet dealing with the struggles of old age. I would much prefer simply to be happy all the time, and I would prefer that option even if everyone else thought I was a dick, because if I were that happy, I wouldn’t care if they thought I was a dick. Too, I wouldn’t mind if my happiness were artifical; if I could take some pill that made me happy all the time and didn’t turn me into one of the characters in Requiem for a Dream, I would do so tomorrow. All right, yes, I appreciate that if everyone were happy all the time, there would be no great art, or even indifferent art. Well then, it should really be the case that artists are the only people who have to be unhappy, because at least there’s some point to them being unhappy, and, as they would be able to congratulate themselves on being artists, perhaps they would not be unhappy anyway. On the other hand, if no one but artists understood unhappiness, there would be no one to consume the art, in yet another example of why life is so very annoying.

And, speaking of art, I recently watched a Party of Five episode that I first saw on New Year’s Day 1999, and that concluded with a scene showing the Salinger family in, for once, a state of complete joy and satisfaction. That evening when I saw it for the first time, I was doing so in an exhilarated near-stupor because I’d had no sleep the night before, as I’d been talking all night to a man who would shortly become my boyfriend. I was also feeling extremely happy because I was soon to be interviewed for a job that I was hugely excited about. To cut a long story short, and just as things would take a turn for the worse for the Salingers in the very next episode, the man in question and I parted ways, and I was lucky enough to get the job but it turned out to be a vision of hell. Still, I continue to be extremely grateful that I did get the job, as it led to a lot of better things; and that I had several years with the man in question, who, as exes always do, whatever else they do, or don’t do, introduced me to many different things that bring me pleasure to this day. So, as you can see, I am basically a happy person. Therefore, it is awful to think how anyone who isn’t a happy person must be feeling most of the time.