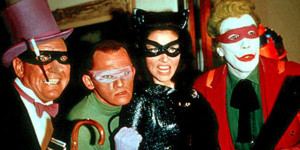 A convention of second-hand book dealers.

Recently I moved house and, yes, it was a great big old pain where I should have pleasure, but even I, a massive whinger, think the ‘so-called experts’ are overstating matters when they claim that doing this is almost as stressful as the death of a loved one or getting divorced, blah blah. Yes, it certainly is a colossal drag to deal with removalists’ customary amazement at the sight of a flight of stairs, which equals that of the mermaid in Splash when confronted with the concept of wearing clothes the way the humans do, but it’s not as though moving will inevitably lead to the writing of a memoir with a picture of a doll’s house broken in half on the cover or having to listen to ‘The Wind Beneath My Wings’ on the panpipes as it is disseminated through a crematorium. But there is one potential component of moving house that can, indeed, make you feel as bad as would the death of a loved one or getting divorced, and that is attempting to sell one’s unwanted goods to second-hand dealers. There’s a scene in the novel Candy in which the eponymous heroine, in her first act of prostitution, has sex with an Acland Street pawnbroker for forty dollars, to boost the twenty-five that she gets for hocking a silver chain that is of great sentimental value to her. It is this event that signals her descent into a classically sordid life, whereby if she’d not been fictitious, met a sad end and an Age journalist had happened to say hello to her occasionally, a great deal of ink could have been spilled on the topic of their astonishing bond. At any rate, as someone who had goods to sell, Candy was much on my mind.

Out of all the items I wasn’t looking forward to having a conversation about selling, the one I was least looking forward to having a conversation about selling was my guitar. It was obvious that doing so offered me the biggest opportunity to look like an idiot, given how much merely typing the words ‘my guitar’ makes me look like an idiot. I purchased the instrument fifteen years ago, not having realised how much playing it would resemble rubbing an egg slicer, hard, across the delicate pads of the finger. Had I persisted with the instrument, I’m sure that I would, by now, be able to play at least part of The Rolling Stones’ ‘Paint It Black’, and not have to change chords with the deliberation I would show in conducting a breast self-examination. However, I didn’t persist with it, so that guitar has followed me from Sydney to Melbourne, lurking around like it is the deranged Douglas Breen in The Fan, and I am Lauren Bacall, having, even though I’m being pursued by a homicidal maniac, decided to stay by myself in an enormous beach house. Unable to take the thing’s mute accusation any longer, I had to carry it along Chapel Street in a case, troubador-style, like the man in Once, to find someone on whom I could offload it.

As it happened, a seen-it-all gent in a second-hand musical instruments shop offered me forty dollars; however, it occurred to me that what I really wanted, having seen their big posters, was to try my luck at Cash Converters. Once I was at Converters, there was, however, no wholesome young blonde lady flogging her jewellery for untold riches: there was merely a man with a whole lot of tat, including some broken dolls, who was determined not to take a cent less for them than they weren’t worth. I dealt with a patient young member of staff, who offered me forty-five dollars, having knocked five dollars off the amount he had originally offered once he realised exactly how old the strings were. Unfortunately for him, I don’t think he realised that they were so old they could have voluntered at the Sydney Olympics; if, that is, they’d been a pack of annoying freaks willing to wear incredibly stupid clothing.

Upon visiting Dixons, my good fortune continued, as, to my surprise, they have the kindly, civilised approach of suggesting that a person trying to sell them things leave for five or ten minutes while they assess them, rather than contemptuously flinging the ones they don’t want onto the counter. Even my most terrible CDs they placed politely back into the bag, without any smug talk. Now, I don’t wish this to seem like a sponsored post (though I only wish it were one) but I also fondly recall the man in Dixons at Camberwell, which, unfortunately, is no more, sharing my excitement when I was purchasing a copy of the Australian movie Oz, which I’d been dying to see since its release in 1976. This was despite the fact that when I was an eight year old, I was, in the manner of a small Bill Collins, highly judgmental about this film’s updating the story of The Wizard of Oz to the then-present day and setting it in the world of ‘pop music’, even speculating furiously that it would have made Judy Garland weep, were she alive, not yet being of an age to realise that this would have been low on her list of priorites, after debt and drug addiction.

So, I was, comparatively speaking, riding high after my visit to Dixons. Then, however, while happening to walk past a second-hand bookshop, I did what I had sworn I would never do again: approach whatever bearded twat might happen to be working in there about the possibility of my selling some books to him that he could then sell at a profit of approximately one thousand per cent. I had a selection of what I felt to be high-quality works and, while originally I had been going to give them to charity, decided on the spot to try to convert them into ‘bread’, as I was confident I had some posh books that even Beard might like. (Obviously, I’m hanging on to such objects as my Neighbours novelisation, the back-cover copy of which wonders of Jim Robinson ‘how can he come to terms with the feelings he has for his mother’, even though I don’t recall this kind of incest-flavoured juice in nineteen-eighties-period Neighbours. In fact, I recall an episode summary in the TV guide that read ‘Max is shocked by the size of his phone bill.’)

At any rate, I walked into the musty cave and asked Beard if he were buying books, in answer to which I received an extremely qualified yes. When I said I would go and get my books from the car, he yelped in protest at my effrontery in going to collect these articles without first giving him a full briefing on them. I dangled in front of him the prospect of a first-edition hardback of a work by Great American Novelist – I can’t claim the credit for this, by the way, it had belonged to the man I live with – and he reluctantly gave me permission to set foot again in his filthy old shop. When I returned with my wares and placed them on the counter, he yapped at me to move them to one side, as he needed space in which to work. Admittedly, from what I’d observed, not doing fuck all would have been a concept so novel for him that it was entirely understandable he felt extra preparation would be required.

In the final reckoning, Beard gave me forty dollars for my collection, which was forty dollars I hadn’t had before but, really, why did he have to be such a colossal arse about it all? I appreciate that things are difficult for second-hand book dealers, as they are for first-hand book dealers, but, first, being beastly isn’t going to improve things and, second, many of these people have been like this since the days that Triple J was actually any good. It has always surprised me that these individuals demonstrate such loathing for what they are, after all, selling. Dealing constantly with quavery voiced junkies hadn’t given the man in Cash Converters the personality of Serpico, and he wasn’t getting to sit quietly all day in a café-lined boulevard filled with non-violent people. Believe me, I’d like to be screaming with grief at the disappearance of second-hand-book stores but dealing with their proprietors can make this difficult. And it shouldn’t be difficult at all, especially when you consider this is the variety of shop that is statistically most likely to have cats lolling around in it.

20 Responses to “Brought to book”