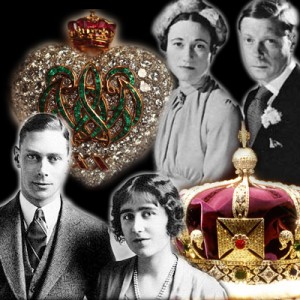 With the inevitability of famed Hollywood liberal Mr John Cusack talking up the writings of Noam Chomsky, off I trotted to see the Madonna-directed-and-co-penned W.E. When I purchased my ticket, I actually committed a faux pas by pronouncing the name of the film through the method of enunciating each letter. However, it seemed from watching the flick itself that I should have been pronouncing it ‘we’, as in the French word for ‘yes’, or – and I have to say this, even though I don’t care for scatological humour as a rule – the well-known slang term for micturation. The thing is, though, that the way in which W.E being pronounced ‘we’ makes it a combination of a ripsnortingly perfect title and one that lends itself to lowbrow mockery is as good a shortcut as any for describing the combination of strangely perfect and horrible that this motion picture manages to be.

I was sorry when I first read of the savage reviews that W.E. was garnering from, admittedly, all over the place, but particularly from the English people, who can be as snotty as Robert Evans alleges that Ali MacGraw was on the occasion of their first date. The only time I feel pleasure at the continuation of the career of Kylie Minogue is when I remember a long-ago profile of her in some jumped-up British rag. In this piece, the writer made fun of Minogue for a) saying that she liked cocktails and for b) saying that she liked them because she ‘had expensive tastes’. They were making fun on the basis that, first, a liking for cocktails was, rather than a mark of the moneyed classes, as Minogue was claiming, it was, in fact, the provenance of secretaries; and, second, that Minogue, allegedly, pronounced ‘tastes’ as ‘tystes’. Now, I’m glad – glad, I tell you! – that this an accusation that would never be heard these days, given that Minogue is living her life in a fusillade of ill-deserved honorary degrees, because the English are so very irritating when they go on like this, as when, in the nineteen eighties, an ignoramus from Heaven 17 claimed in Smash Hits that he hated Australian bands because they ‘all sound like bloody Men at Work’. The English were at it again with W.E., and perhaps they just feel proprietorial about an American making a film on the theme of the saga of Edward and Mrs Simpson, but they need to relax. Geez, I can’t imagine anything I’d like more than Madonna making a film about, let us say, Jim Cairns and Junie Morosi.

Also, as I’ve written previously, I have, in my time, been a massive fan of Madonna, who only lost me when she got ‘spiritual’. So, as a gesture of support, and aside from the fact that I just like films about rich people, I was so keen to see W.E. that I made the ultimate sacrifice and went to see it at Sydney’s Fox Studios. To start with, while one website confidently states that  ‘It couldn’t be easier to visit the Entertainment Quarter using public transport’, I’m sure I would find it easier to get to the land of Oz than I have ever found it to get to Fox Studios. On this occasion, I, for the first time in my life, rode the free city tourist bus, and sat very near a tramp. After an unsuccessful second leg of the journey, I arrived, approximately fifteen hours later, to find that Fox Studios continues to have the same sinister air as does the Westworld theme park post the robots having gone berserk. It is all the rage for little children to have birthday parties at Fox Studios – or, at least, it was at the turn of this century – which defeats my understanding, given that it’s one of the most depressing places in the world. I admit that, for some reason, I’ve attended cinema sessions at Fox Studios exclusively on winter afternoons on a Sunday, and that I seemed always to be going to something uninteresting, like Enigma; or attending the AFI judging screenings, to see flicks about young men in the outer suburbs who are contemplating giving a gal a good old raping to break up the boredom they feel in the face of inadequate infrastructure.

Anyway, W.E. was well worth the journey and the assault on the spirits that is a result of a visit to Fox Studios, if only because it is such a bizarre hybrid of a good-to -very good film and a bad-to-very-bad film, given its competing storylines, in the past and in the present day. In the present-day storyline Wally Winthrop (Abbie Cornish) is a young New Yorker who is married to a massive, if comfortably off, bastard, and who has an improbable fixation on Wallis Simpson. She (eventually) leaves her husband for a security guard at Sotheby’s, Evgeni (Oscar Isaac), who is, conveniently, a brainy Russian who lives in an unfeasibly large apartment. In another unlikely turn of events, Wally manages to get in touch with Mohamed Al-Fayed (not, unfortunately, appearing ‘as himself), to convince him to let her read certain correspondence between Edward and Mrs Simpson that is in his possession. Al-Fayed agrees to this, even though there is no reason I could see that he would do so, unless through this act he were getting something over on the English, which seems to be his motivation for most things. Evgeni’s apartment and the Al-Fayed episode appeared to me to be just another example of wealthy people who make movies, ie, Madonna, having forgotten how most other people actually live. While I can only envy and admire this attitude, the minor detail of how ridiculous it all was did interfere with me getting swept away by the magic the director was trying to create.

As for the narrative about Wallis (Andrea Riseborough) and Edward (James D’Arcy) – well, that is another story. Yes, I admit that it all looks like an advertisement for expensive booze, and it has such heavy handed juxtapositions as the Sex Pistols’ ‘Pretty Vacant’ playing while the upper classes cavort; the thing about that juxtoposition, though, is that is that it’s quite terrible but also sort of great, just like the man wearing the ridiculous fake lion’s head in the ‘Like a Virgin’ video. Furthermore, Madonna’s version is the only representation of the Edward and Mrs Simpson saga that I’ve seen that really gets across the gruesomeness and the claustrophobia of it all, not to mention what it’s like to climb on a runaway train of eternal celebrity without realising what it means until it’s too late – I doubt the one with Jane Seymour, The Woman He Loved, in any way managed this feat. I’m sure everyone knows the miseries of being shut up with a partner who’s resenting you for something, so  just imagine if the individual in question had given up the British throne and you were forced to live in France. I wonder if Madonna is one of the few people alive who could manage really to convey this claustrophobia and seething resentment, given her own enormous fame, and the fact that both her husbands were probably chronically annoyed at her for one reason or another relating to this enormous fame.

Andrea Riseborough is mind-bendingly believable, charismatic and complex as Wallis, and, while everyone else in W.E. is fine, she’s loads better than any of them. This raises the interesting point that either Madonna got that performance out of Riseborough, and should be applauded for this, or that Riseborough just happened to be the best actor in the cast, or she had the best role, and the direction had nothing to do with it. Does this then mean, conversely, that Andie MacDowell being superb in Sex, Lies, and Videotape and Short Cuts but not nearly so good in anything else was just a fluke, and her directors had nothing to do with it? If that is so, my world view is going to be altered significantly.

I can’t help but feel that, flawed though it is, if W.E. had been made by anyone but Madonna, this person would be being given more widespread credit for at least having potential as a filmmaker. Even the kinder reviews, rather than indicating that this could be a director with a future, seemed to me to have a subtext of ‘We admire her for trying hard but can’t she please just fucking retire?’ Plus, if someone who isn’t easily one of the most eminent women in the world hadn’t been the creator of W.E., he or she might have been able to be talked out of including the modern-day storyline and found themselves with, for what it’s worth, a film that won an Oscar, or even two, for something.