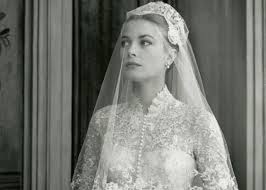 Sorry, Grace, the horse has bolted!

As Melbourne dragged itself into winter, it was becoming apparent to me that I was probably the only person in it, or perhaps even anywhere else, who was actually looking forward to seeing Grace of Monaco. However, if there’s one thing I like, it’s a film about rich people, so off I marched on the first session of the first day, and where else but to The Como, where I knew that the toilets would make me feel as though I were at Versailles and I would be able to eat a ‘gourmet’ choc-top at eleven in the morning. ‘You can sit anywhere you like,’ the woman at the box office told me sepulchrally, also kindly taking the trouble to warn me that it was one of those sessions to which mothers are entitled to bring their babies. Now, I can never work out whether mothers who go to the movies with their babies annoy me because they won’t pay for a babysitter or if I admire them because at least they are still attempting valiantly to go to the movies. At any rate, I settled back with my macadamia and caramel frozen treat while the other five adults in the cinema periodically walked around like the undead, trying to soothe a child into a mellow state. As it happened, though, my disappointment with the motion picture we were all seeing was such that the screaming tots were probably more relaxed than I was.

Believe me, I understand the urge, like someone with a metal detector at the beach, to look feverishly for camp in any given biopic, especially ones about figures from showbusiness and/or royalty, but, unlike Diana, it’s not really within Grace of Monaco. I am warning you now that the closest thing to it is Derek Jacobi as a velvet-jacketed count who gives the princess etiquette lessons, but when you consider what the role is, he’s probably underplaying it, if anything. At any rate, the flick is set in the early nineteen sixties, at which time Grace Kelly (Nicole Kidman), having foolishly thrown away her Hollywood career to marry Prince Rainier (Tim Roth, even though I spent the entire movie thinking I was watching Ralph Fiennes), is still attempting to adjust to life in tiny little Monaco, which is involved in some dispute, over tax or something, with France. And here we have Exhibit A in the major problems with the film, which is that so much screen time is devoted to the politics of Monaco. I mean, Monaco, for god’s sake! It’s like trying to get interested in the politics of Sanctuary Cove, except that the politics of Sanctuary Cove would probably be quite interesting. Somewhat less soul-destroyingly for the viewer, there is also the oft-told story of Kelly having been offered the lead role in Alfred Hitchcock’s Marnie but eventually having to turn it down after the population of the principality, bestirred by something actually happening in Monaco, all took on about it, and also Rainier criticising Grace’s new hairstyle. The climax is a Red Cross ball, the hosting of which seems to be some kind of triumph over France (am I really supposed to care?), where the princess gives a speech in which she talks about not crushing beauty, which is ironic, given her midlife mania for flower pressing, and we are given to understand that her refined march of duty will continue ever onward.

And this leads me to the second major problem I had with the film, which is that the Grace Kelly I saw on the screen in no way approximated the Kelly that I have constructed from reading many, many biographies of her (as, although I respect neither her life choices nor even her acting, I am fixated on her miserable existence). However, this lack of veracity is not, I think, the fault of Kidman, who is an unfailingly hardworking actress whom I admire and who has found herself relentlessly attacked by idiots. While she doesn’t quite manage Grace’s thin voice (Grace did, at least, sound like an adult, while Kidman’s has the childishness of that other great trophy wife Jacqueline Kennedy), she does resemble her physically (but how could she not, given that they are both classic beauties in the Celtic mould?). Kidman does her best with what is on the page, but what the trouble is that what is on the page is ill conceived. The Grace Kelly we see in the film is a peculiar combination of firebrand and sad sack: she hangs up the phone to the frighteningly Germanic Ma Kelly; ‘Colonialism is so last century,’ says she to some French bigwig. (In some more massive unlikeliness, Rainier punches another French bigwig for insulting his lady wife.) When she’s not having such confrontations, she mopes around the palace, or whatever you would call it.

Now, it is my understanding that Princess Grace rocking a bigwig’s boat was about as probable as Princess Stephanie releasing a single that has a memorable tune. For example, Richard Burton’s sometimes intentionally, sometimes not, hilarious diaries, feature several entries about Grace and her husband, in one of which Burton panics extensively at the knowledge that the royal couple are coming to lunch and bringing either a tiger or a panther as a present for Elizabeth Taylor. Well, Grace mostly comes out of these entries like a nauseating overload of weak vanilla milkshake: Burton notes that she wouldn’t ‘have been seen dead’ with him and Taylor during the ‘Scandale’ (as was, it seems, the case with Audrey Hepburn, whom, pleasingly for me, he describes as ‘an idiot’); in a car on the way to some ball or other, Grace talks endlessly in defence of the Shah of Iran; even the Duchess of Windsor thinks she’s a snob, which would be like having Nick Leeson give you a poor performance appraisal. Then, though, there is an entry in Burton’s diaries in which he and Grace, while attending yet another huge ball filled with Eurotrash, run into the producer Sam Spiegel, and when he asks where they’re going, she begs him not to say a word to Elizabeth: ‘She’s at the Ball, she’s dancing, she’s happy, let us go. Richard will let Elizabeth know. It’s going to be a shock but … these things happen’. So, the thing is, Grace was widely acknowledged (whatever one’s views on practical jokes, an activity she favoured) to have a very good sense of humour, which she still had in 1971, if this entry is accurate. Thus, it would have been excellent to see something of her sly spark in Grace of Monaco, which would not only have livened things up a bit but gone some way to making the viewer care about her personal happiness.

One of the things I was asking myself while watching the film was why anyone would even decide to make such a biopic when in doing so, you are not only asking to be crucified, you are handing over the cross and nails. The risk Grace of Monaco ’s makers were taking of looking like fools makes it even more of a shame that they neglected what, to me, is the most interesting period in this woman’s married life: it was in the nineteen seventies, when Grace was in her forties, trying to wrangle the peerlessly bratty Caroline and Stephanie and getting blowzy, that she really transformed into a Stepford Wife and when the price she had paid in marrying Rainier became most apparent. As one of my favourite biographers (of anyone, not only Grace Kelly, by the way) J Randy Taraborrelli points out, becoming a princess changed Grace from an independent young woman who, against the wishes of her parents, pursued her career and lustily had an impressive amount of affairs, into someone who was fearful of the world around her, often railing against ‘Women’s Libbers’. Everyone who cares about such things knows about Kelly being prevented from doing Marnie but it is also the case that she was offered the role in 1977’s The Turning Point of Dee, the ballet dancer who retired prematurely to raise a family and sulked about it forever more; my god, if only Grace could have accepted it, how fascinating that would have been. However, of course she couldn’t, so, at her suggestion, the film had a benefit premiere in Monaco – ouchy ouch!

The tragedy of Grace Kelly is that, unlike Kate Middleton and Diana Spencer, she was actually capable of doing something unusual with her life without marrying a prince; she didn’t need a gilded cage in order to experience the pleasures of having her bed made and her hair done, and to be able to give other people a thrill through her mere presence. Grace of Monaco, had it not concentrated on only a sliver of its subject’s married life and ending in triumph (if a qualified one) could at least have given some food for thought to those who insist on feeling anything more than bemused pity for Middleton or Mary Donaldson, let alone spill approving ink about these relics. As I sat with the mothers and their babies, I reflected that, while it, literally, may not have been a walk in the park for them, those young women could still just go to the movies, which was more than Grace Kelly was able to do once she left her home in 1956 and found herself never able to return to it – not really.