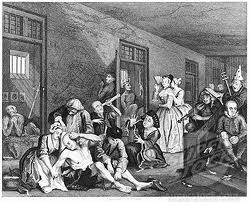 Love can lead to Bedlam!

As there is almost nothing that I enjoy more than stories of conflict in intimate relationships – except, of course, stories about people who are living a double life and/or are massively in debt – I’ve been feasting, in the manner of INXS helping themselves to grapes in the ‘The One Thing’ video, on the current films Carnage, A Separation and Like Crazy. Out of the three of them, even though it is, to my mind, the worst of a good bunch, it’s Like Crazy that’s been playing on my mind, which is due largely to a few personal obsessions.

While Like Crazy’s title reminds me of a postcard I was once fond of that reproduced the cover of a lurid work of fiction about beatniks called Like Crazy, Man, the movie, unfortunately, has nothing to do with this. Rather, it is the story of a couple, Anna (Felicity Jones) and Jacob (Anton Yelchin), who meet while, the violently English, Anna is studying in Los Angeles; in fact, we first see her delivering a paper on the topic of journalism that appeared to me to be extremely pretentious, but is, nonetheless, well received by her tutor. Showing an ability to bend people to her will that would have stood her in good stead had she wished, ‘West Coast’-style, to start her own religion, Anna leaves a note on Jacob’s car that tells him, at length, of the feelings that she’s been nursing for him and, rather than immediately calling for assistance from the police, he asks her on a date. Then, after a scene of them walking on the beach – but, I don’t think, one of them buying ice-cream cones, or of Jacob having to run outside in the snow while wearing only a bathrobe to collect a morning newspaper or to chop wood for a cozy open fire – they are wildly in love and, consequently, having to deal with frayed nerves and, given their different nationalities, a lot of red tape.

I relished all of that action, but what did make my heart pound with annoyance was the presence of Anna’s parents (for some reason, we never see Jacob’s widowed mother at all). She is an adored only child, and her grey-bearded, tweed-jacketed father, Bernard (surely a lecturer in media studies or the proprietor of a ‘little’ magazine?), and clanking-jewellery-encrusted mother, Jackie (surely a professional, or at least amateur, potter?), say things like ‘We’re very open in our house’; make a big deal of having raised Anna to be a connoisseur of whisky; and have a lot of japes during the preparation of food and, worst of all, during the playing of, naturally, some sort of word-based board game, called ‘Balderdash’. Never do these people speak a cross word to their daughter, even though she, after falling for Jacob, was brainless enough to blow off  her doting folks for the summer holidays and overstay her US visa, contrary to their express advice.

Now, when I was much younger, I had a friend whose parents were academics, and who had really encouraged their offspring’s creativity and always treated them as equals. They had urged them, from the time they were little children, to express their worthless opinions freely in adult conversations, and do such things as write short stories, as opposed to doing something useful, in exchange for their pocket money. I found all this immensely trying. It is why I feel peaky whenever I see an advertisement for Stone Soup, apparently described by Ms magazine as ‘The New Yorker of the 8-13 set’, and then find myself what imagining this periodical’s subscriber list would be like. No doubt it is also partly due to a lack in myself, but my exposure to this type of thing is why almost nothing makes a fictional character more annoying to me than their being in a smug Pictionary-playing gang with their parents, which is one of the reasons that the generally well-liked film Easy A irritated the living Jesus out of me. In Like Crazy, what’s more, Anna not only has a perennially sunshine-infused relationship with her mother and father but, at the unspecified magazine job at which she labours after university, has an adoring boss, Liz, played by Finola Hughes, whose first credit was, I was interested to see, as a dancer in the crazy-arse 1980 musical The Apple. Every time that Liz told Anna that she wanted to have a word with her, I waited for her to be fired, or otherwise done down, but no, she was invariably having her (I have to say, horrendous-sounding) writing praised or getting a promotion.

Like Crazy’s theme of relocation made me consider, too, the whole vexed question of the horrors involved in having friends move overseas. My spirits always plummet the instant that a friend informs me they have some really exciting news, as I know that this news is unlikely to lead to any excitement for me. If they’re going to become a parent, I know that I’ll most likely have to attend a baby shower feauturing breast-pump-based humour, and that I will, furthermore, never again have this person’s undivided attention, which is always difficult to bear. Equally as bad, though, is when a friend informs me that they are moving overseas ‘indefinitely’.

Now, I’ve never lived anywhere but Australia, even though I’m forty-three years old. This is a massive pain, because I feel as though I have to justify this decision all the time. The Internet is all very well but Australia is still at the ends of the earth, let’s face it, something that is exemplified for me by the manner in which an array of visiting celebrities have been arrested, booed off stage, attempted to commit suicide or succeeded in committing suicide here. Nonetheless, this country has always met my tiny needs, because I take the approach of embracing its manageability. After all, perhaps the most direct route to longing only for your own death is to traipse about the British Museum, with its room, upon room, upon room, of thrilling artifacts, such as broken crockery. In Australia, on the other hand, you can belt around pretty much any of our museums in no time and be sitting comfortably in the institution’s cafe.

Furthermore, even when I was a lot younger, I had no enthusiasm for the prospect of a trip overseas that involved staying in youth hostels and having fellow travellers tell me long stories about their lives, and this disinclination meant that I was simply never in a position to go away for months on end. Therefore, I’ve only ever been the one hearing the news of relocation and, in accordance with convention, having at least to attempt to act as though I don’t want to boil up and eat my own leg in protest at the strong likelihood that the following events will transpire.

First of all, there’s the friend who moves overseas and develops a stupid accent in no time at all. An acquaintance of mine who had a spell in London was talking in an Anna-like Sloane Ranger strangled bleat before she even landed at Heathrow. Australians who settle in the United States, on the other hand, tend to develop an equally hateful, though more hybrid, accent that I long ago christened ‘the Peter Allen’. Second, you just know that when this friend returns to Australia for a visit, she will have a really superior attitude. She will, for example, consider this country’s politics to be as insignificant as a row between toddlers, and will make a massive deal about not bothering to read our newspapers but will, instead, ostentatiously go online to read, say, the Irish Examiner. Third, there’s the friend who is astonished that, living way down in Australia, where she herself lived for thirty or forty years, you are acquainted with the existence of, for example, the Empire State Building or the British royal family. This requires much incredulous asking, with strenuous employment of the new accent, of the question ‘Oh, do you know about that/him/her here?’. Fourth, the friend will have, while living in a new land, invariably obtained inexpensive tickets to a play in which someone who was at least nominated for an Oscar for Best Supporting Actor appeared; and/or will have had a book signed by Martin Amis, and be eager to tell you what they said to him and what he said to them.

At any rate, Jacob and Anna, due to one of them having, inevitably to uproot, have hoed themselves a rough row, and the ending of Like Crazy seems to imply that there will be yet rougher rows to come. It is quite startling to see a film about a couple that isn’t The Panic in Needle Park or a biopic of Fred and Rosemary West, and not be able to think that these people having met, whatever their trials, was for the best. Not being permitted to subscribe blindly to this belief gave me the same queasy feeling as I had at the end of each of my readings of the biographical work Paula Michael & Bob, with its endless tales of bitter arguments, the use of latex suits while ‘making love’, and bank overdrafts – that is, that the couple at the centre of the action would, most likely, have been far better off never having met at all. After all, aside from all the other terrible things that happened to her, Paula Yates ended up getting fired from The Big Breakfast, on which she and Hutchence first romped publicly; and, thrilled as I would have been to see Anna taken down a peg or two, I was still taken aback that, when (SPOILER ALERT!) she is ensconced ‘Stateside’, she is considering applying for a position as a market research assistant. I’ve worked in market research myself and so know that it is an industry that is barely fit for any human, let alone a coddled one.

6 Responses to “Could Be I’m Losing My Head”