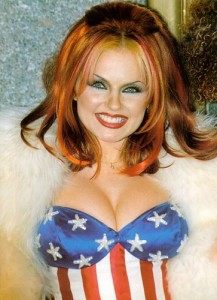 The best of British

One especially unhappy day, I endured some workplace-based training that was conducted by an Englishman. In a move not calculated to win over his audience, this fellow not only spoke at length about the wonders of Sydney, and how it measured up to his fantasy of, as he put it, suited businessmen walking around with surfboards (something I myself never saw during my forty years’ residence in the Antichrist’s Watery Playground) but saw fit to heap abuse on Melbourne, the city that we were all in. When one of the other ‘students’ tried to defend her city by mentioning its cultural life, the Englishman was dismissive, telling us that he was, after all, from London, and that Melbourne’s culture was as nothing in comparison. This speech remained at the forefront of my mind when I recently went to his hometown for a week, for the first time in twenty years.

I am actually half-English and am in possession of dual nationality. Now, I appreciate that it would be impossible for these facts to be any less remarkable, and I mention my lineage only to make clear that I do have a foot in both the, overly expensive, camps of Australia and England, so that I am not 100 per cent a standard-issue Australian with a chip on my shoulder about England. And I can assure you that I was determined on my trip to embrace all the fine British culture, as well as enjoying novelties that are not on offer in Australia, such as long summer twilights reminiscent of the ones that were so very helpful to the serial killer in Insomnia; and day-to-day existence in a hotel that, because of its great antiquity, had floors that sank in the middle, like one of the sponge cakes I would make from a packet mix when I was a greedy child.

At any rate, I went on one of those sightseeing tours in which one rides around London on a red bus that, convertible-style, has its top off. My companion and I did this because a friend of his had recommended doing so as the best way ‘just to get it all over with’. The tour guide had a strange preoccupation with pointing out New Zealand House, to complete indifference from her audience but, that aside, it all proceeded just as one would hope and expect, as we were whisked past Trafalgar Square, Buckingham Palace, the Houses of Parliament, JK Rowling’s £40 million-plus house, ancient pubs where great men of letters had knocked back ales, and so on and so forth, and I cannot recommend such a tour highly enough. Aside from anything, having got London’s history and culture done and dusted in two hours, I could get on with frying my other fish.

First, if there’s one thing I  like to do when travelling, it is to see a major theatrical flop. While on this trip to London, I went to see The Book of Mormon, which has, of course, been a massive hit, and, yes, it was really good and everything but I didn’t feel I was having the kind of one-in-a-lifetime experience I would have been having while seeing something that will never come to Australia and star Robert ‘Millsy’ Mills or Reg Livermore – works such as Oscar Wilde: The Musical; Gone with the Wind: The Musical; The Fields of Ambrosia, about an executioner who travelled around in the company of his electric chair; or the Broadway production of Taboo, about the life of Boy George, as, aside from anything, any venture that loses Rosie O’Donnell $10 million is automatically OK by me. So, the good news is that I just got in under the wire to see Viva Forever!, the troubled West End endeavour based around the music – not, unfortunately, the lives and careers – of the Spice Girls.

Now, without owning any of their record albums (I own few record albums made after 1989), I like, rather than dislike, the Spice Girls. As someone with no energy, or enthusiasm for life generally, I respect and admire the air of good cheer and seeming unflappability in both their deportment and their tunes, and how their existence must have made childhood so much more fun for little girls in the mid nineties than it would otherwise have been (in contrast, in the early seventies, I was spending my childhood terrifed by the Jesus Christ Superstar soundtrack album). I liked their clearly labelled, disparate public images that made me spend quite a bit of time, at the age of twenty-eight, considering which of them I should anoint my favourite (Sporty seemed to be the most pleasant and unassuming, and sang the best, but I couldn’t throw in my lot with anyone named Sporty, so it had to be Ginger, who, while the least talented – even Posh was a trained dancer, as she was at pains to emphasise in her autobiography, Learning to Fly – was really the heart and soul of the group); also, I consider ‘Wannabe’ and ‘Stop’ to be exquisite songs that should make the people rise up in joy at the artistic achievements of humankind, and not merely at the artistic achievements of those elephants who paint with their trunks. Therefore, it was a given that I would be slapping down my cash for a ticket to Viva Forever!, especially as admission was so very much cheaper (£22!) than admission to Thriller Live, which also tempted me, except that I doubted it would include the level of detail about the ‘King of Pop’’s financial affairs that I demand from Michael-Jackson-based entertainment.

And, even aside from the cheapness of the tickets, things are so very much comfier when you are in the audience of a flop. Namely, my assigned seat was in front of a lighting rig that almost completely obscured my view, but the acres of vacant places in the dress circle ensured that this problem was easily overcome. I settled down for an evening of enjoyment, and perused the program, with its puzzling statement that ‘The Spice Girls taught us all that being different, and fairly normal [my emphasis], meant you could reach the dizzy heights of the pop charts’ and its, I would suggest, sweeping, statement that ‘Bands nowadays are not a patch on the Spice Girls’, which all built to the passionate question ‘Have we all forgotten where we actually come from and how our own parents were brought up?’.

Unfortunately, not an enormous amount of enjoyment was forthcoming because the trouble with the Spice Girls is that, while, like KISS, they do have two really good songs, they, also like KISS, only have two really good songs. In short, the Spice Girls at their best were completely awesome but they were at their best infrequently. I’ve never forgotten the certainty I had when seeing the Sydney stage production of the musical Mamma Mia!, with leggy Rhonda Burchmore, that I was witnessing the death of civilisation, but at least the creators of that show had a whole lot of really good songs to rape up the arse. In contrast, Viva Forever! had only ‘Wannabe’ and ‘Stop’,  and they were both burned through in Act One, with ‘Wannabe’ as the opening number! Imagine my despair at hearing the tune so early and knowing that I had almost nothing to which to look forward.

This fear was realised as I watched unfold the story of Viva, who was, frankly, an annoying little cow, and lived on a houseboat with her tedious mother, as her soul is, briefly, corrupted when she and her friends enter a television talent show called Starmaker, and Viva, entirely correctly, dumps them to pursue solo glory. Now, I am not going to attempt a proper review of the show, given that I was asleep for most of the second act. And, when I wasn’t asleep, I was distracted by thinking about the courage of performers who are appearing in a flop, especially a musical, which means that every night, not to mention matinees, they have to bound gaily out on to the stage, unless they’re in dreary old Les Misérables. And, speaking of courage, I also admired that of one audience member who regularly tried to start some excitement among her group of friends, by waving her arms, and clapping and swaying along to the music.

Aside from going to the theatre, I would like to have visited places where my some of my favourite films were set. To this end, I did peruse a book about London movie locations but, unfortunately, it only cited locations for works like Nil by Mouth; it would appear that a lot of people want to see for themselves where all those good times in Nil By Mouth were had. However, I did go on the Making of Harry Potter Warner Bros studio tour, featuring a lot of artefacts that at one time would have ended up in a dumpster. The tour’s location is just outside Watford, and, as I sat watching a video of the films’ three young stars welcoming us, I considered how happy they must all be that, first, they are all so rich, they need never work again; and, second, how happy they must be that they need never again go to Watford. Ultimately, though, I have to say that if you actually give any sort of a shit about Harry Potter, it would be an absolutely superb day out.

So, I hope it is clear from the above that, yes, there is much culture in London and its environs, and culture that I would not have been exposed to had I just stayed at home. What is more, I know that I will always be very grateful to have experienced it, and that it is entirely likely that when I am on my deathbed, I will be flashing back to Viva Forever! as one of the highlights of my life. However, the Englishman of whom I wrote in the first paragraph still acted like an utter twat and I also know I am going to resent him forever, and no viva about it.

6 Responses to “London belongs to them”