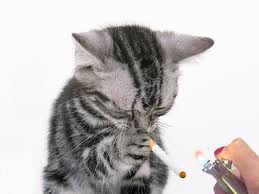 Kitten, come sit with me!

Well, here I am, posting twice in one week, which is unprecedented in my entire writing ‘career’, thanks both to my own laziness and minuscule number of interests, and such a flurry of activity on my part is due entirely to this business of media personality Chrissie Swan having been caught smoking while she is with child. I am not going to weigh in on whether smoking while pregnant, or at any time, is as harmful as it is said to be, and I shall spare you my little yarns of individuals I’ve known who have chain-smoked all their lives, including during their pregnancies, without catastrophe ensuing. I am going to spare you these because, first, I most certainly have no medical qualifications; and, second, because any such tale is, of course, merely anecdotal and therefore basically has nothing to do with anything. No, what is driving me back to the keyboard much too soon for probably anyone’s liking, including my own, is the way in which Swan herself has seen fit to respond to this colossal load of hooey.

In the unlikely event that anyone is not acquainted with the facts of this particular tale, a photographer caught Swan smoking in her car, after which she rapidly, and tearfully, confessed to all on her radio show – ‘all’ being, by the way, the fact that she had, of late, been indulging in five cigarettes a week. This minor infraction has led to, among other coverage, reports on the news, and Swan giving an account of herself on The Project – something that I did not watch, as there are actually limits to how much flapdoodle I can take.

Now, Chrissie Swan is someone about whom I do not have a particularly strong opinion, beyond my ongoing irritation at the way in which she likes to talk as though her multipronged media career is, as far as she is concerned, just some little hobby that pales into insignificance when compared to being at home, romping energetically with her children. However, I recognise that she is widely admired and I find it depressing that this fact apparently makes her less able simply to tell everyone to buzz off, even though whether she smokes during her pregnancy is, as many people have by now pointed out, entirely her own business, making it especially unfathomable that she had wanted to shell out thousands of the folding to buy the photographs. (She claims, naturally, that this was for the sake of her children, but had I been her child I would, a million times, rather have seen my mother smoking and had those wads of cash spent on, let us say, every Barbie, and Barbie accessory, available to man.) This whole matter would be slightly less troubling for humanity at large if it were that people think that she is some kind of public incubator only because she is famous, but I have been acquainted with expectant mothers who are completely obscure and have had perfect strangers come up to them and wrench cigarettes out of their hands. So, if she is to weep publicly over anything, it should be over what silly bastards people can be, rather than over something that is so damn underwhelming: ‘here I am, having five cigarettes and justifying it, it’s madness’, spaketh Swan on her radio program.  I somehow doubt that the BBC would be consumed with envy at how something like this really puts that whole Jimmy Savile business into perspective.

Too, there is the madness of her manager weighing in with a statement containing pious blather about how ‘difficult a time it is for her and her family’, and thus nuttily pathologising cigarette smoking, as though it were on the level of Michael Douglas’s famed sex addiction from the days of yore. I have had periods of being a reasonably heavy smoker and have not, myself, found it to be an addiction per se and, yes, yes, I acknowledge that this is only my perception and millions of people would say otherwise. For me, smoking cigarettes has been, rather, a massively enjoyable habit – one of the greatest moments in life, as far as I’m concerned, is the first guzzle of champagne teamed with the initial puff of a ‘gasper’ when one is a guest at a wedding. Furthermore, old-fashioned cigarette accoutrements – such as lighters, cases, tins, holders and those elegant ashtrays on stands – are frequently things of beauty, as is the way in which a haze of smoke permeates almost every bit of the action in All About Eve. The signal thing with smoking for me, however, was that, no matter how ghastly an event may be, when you have a cigarette you feel as though you are doing something about it. Yes, of course this feeling is entirely illusory but if you have had a fight with your common-law husband or wife, or had a terrible day at work, much of the sting of all this hatefulness is taken away by the ritual of smoking. In fact, I certainly had moments where I was quite thrilled to have had a fight with someone, because it meant that I could feel entirely justified in having a cigarette, or even five. In Swan’s words, ‘I had two radio shows, Can of Worms had just started, a new TV show. Interstate travel every week, I had a weekly column, a relationship and a house to run, I was selling my house’. While these are, largely, quite enviable causes of stress, they are, nonetheless, all in their own ways, causes of stress that would make me, for one, want to smoke like a volcano, which is still irrelevant to the fact that Swan can smoke if she wishes, and smoke any amount, given that she is not prevented by law from doing so. (And, incidentally, speaking of that little show I like to call Can o’ Worms, I hope that one day we see the return of the first season’s ‘wrongometer’, as I felt it to be a stunning visual aid in determining levels of wrongness.)

I will say too that, as one who has both smoked cigarettes and drunk alcohol in my time, I cannot recall a single occasion on which smoking cigarettes caused me to wake up at three o’clock in the morning, contorting my features into a grimace at the recollection of having, for example, talked loudly and at length to an uninterested audience about how Gene Kelly made entirely the correct decision by appearing in Xanadu, or at the memory of having fallen asleep at the table while someone was talking to me. People do just love declaring that smokers are idiots for smoking but I will say for smoking that it least it doesn’t turn people into idiots. Now, I am not going into bat for cigarettes – because, yes, yes, I understand that they are very, very bad for you! – but, really, there are very much worse acts that a person can commit than smoking them. Swan has not actually engaged in some Mommie Dearest-like pattern of tying her children to their beds or making them eat days-old meat. As well, I personally feel it is unlikely that, due to her ‘trangression’, her baby will, let us say, be born with twelve heads but it is entirely a matter for her, the infant and the other members of the family if he or she is, especially as it is not even the case that, as with Kate Middleton’s baby, Twelve Heads will one day be ruling over us all.

Nonetheless, the bottom line as far as I am concerned is that Chrissie Swan should not be lambasted for smoking while pregnant but neither should she be receiving praise and support for making cringeing, blubbering confessions about it. I find the notion of role models to be entirely absurd, but she probably doesn’t and, yet, has bypassed a genuine opportunity to become one: not because smoked while she was pregnant, but because she did not instruct any idiot who felt it was their prerogative to tell her what she should be ingesting to shove a big woolly pup up them.

8 Responses to “Swan’s down”